You are at:Home»Federal»Congress»Illegal Aliens Stand to Gain Legal Presence and Big Fat Checks from the IRS 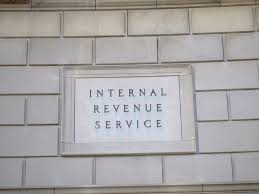 As if subverting the Constitution to give millions of illegal aliens legal status and work authorization isn’t enough, there’s more. According to testimony by IRS Commissioner John Koskinen on Tuesday, beneficiaries of the Obama amnesty are in line to collect billions of dollars from the Treasury in the form of retroactive Earned Income Tax Credits (EITC).

Koskinen told a Senate committee that illegal aliens who filed returns using Individual Taxpayer Identification Numbers (ITINs) will be eligible to amend their returns for the three previous years once they receive valid Social Security numbers (SSNs). By statute, ITIN filers are ineligible for the EITC (although they’ve been able to collect billions of dollars through the Additional Child Tax Credit program, which most likely why they have been filing returns). Because the overwhelming majority of illegal aliens are low wage earners, a large percentage will become eligible for the EITC once they can file using an SSN.

The Obama amnesty is truly the gift that keeps giving…with our money, of course.