You are at:Home»Featured»Traffic Report Mentions Population Growth, But Not Where It Will Come From 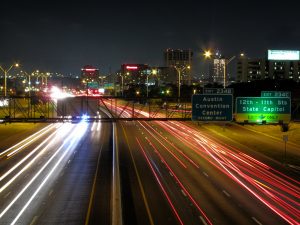 The U.S. Department of Transportation released this week a new report including traffic projections for 2045.

Over the past 30 years the American population has increased 35 percent—from 230 million to 320 million. As our nation grows, so does our demand for travel. Today there are more people on the roads and in our airports and rail stations than ever before.  Unfortunately, the capacity of our transportation system has not kept up with our requirements. Many roads and airports cannot accommodate the growing demand for travel, leading to record levels of congestion on our roads and frequent delays across our aviation system.

By 2045 our population is expected to increase by nearly 70 million. That is a slower growth rate than previous decades, but it still means we will add more than the current population of New York, Florida, and Texas, combined. Our growing population will lead to increasing overall demand for travel even as increasing congestion could make travel so inconvenient that many individuals will seek to travel less.

Left out of the report (but mentioned by several commenters at the Washington Post) write-up was the source of the projected population growth. Of course, regular readers of Immigrationreform.com know that the main source of population growth through 2045 will be immigration, a word missing from the report entirely.