You are at:Home»Featured»Southern California Edison’s Use of Visas to Replace U.S. Workers 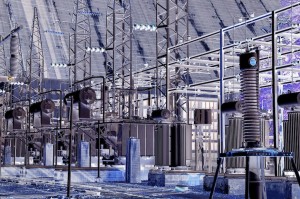 The misuse of skilled guest worker visas (H-1B) has gained new notoriety with the announcement by Southern California Edison (SCE) that it is laying off 400 workers and replacing them with foreign temporary workers. The news has generated protests from the affected workers, organizations supporting them, and some members of Congress – notably Rep. Darrell Issa (R-Calif.) and Sen. Jeff Sessions (R-Ala.). The case has also attracted media attention in California, including the Los Angeles Times and San Diego Union Tribune.

What might trigger more widespread attention to this abuse it the possibility that it might provoke the administration to take some remedial action. That possibility was highlighted by Ron Hira, a former high-tech executive, current Economic Policy Institute researcher and assistant professor at Rochester Institute of Technology. He argues that “…section 212(n)(1)(A)(ii) of the INA requires employers hiring H-1B workers to attest that they will ‘provide working conditions for such a nonimmigrant [H-1B] that will not adversely affect the working conditions of workers similarly employed.’” He notes further that, “If the Secretary of Labor receives credible information that leads him to reasonably believe that an employer has not complied with this requirement, he has statutory authority to investigate the case under INA section 212(n)(2)(G). His conclusion is that, ‘There isn’t a clearer case of adverse impacts—American workers are losing their jobs to H-1Bs from another country.’”

Hira does not comment on what action the government could take to prevent SCE’s scab labor program, but presumably it could include denying the approval of the visas for the foreign workers.

There have been previous efforts at legislative reform. Sens. Chuck Grassley (R-Iowa) and Dick Durbin (D-Ill.) have sponsored legislation to require employers to make a good faith effort to find U.S. workers for an available job before hiring an H-1B visa foreign worker. A provision by Sen. Bernie Sanders (I-Vt.) was incorporated into the American recovery and Reinvestment Act of 2009 that limits the use of H-1Bs in banks and financial institutions unless similarly qualified U.S. workers are unavailable. Employers must also stipulate that they have not and will not lay off U.S. workers during a 90-day period prior to and following the filing a petition for the H-1B worker.

Nevertheless, most U.S. professional workers still are not protected against layoffs by employers seeking to cut costs by using the H-1B program. Unfortunately, it appears that the media and the public continue to believe that there are protections in the law for U.S. workers against using the H-1B program to achieve a lower wage workforce. That practice remains widespread, and SCE highlighted that fact when it said in its defense that it is simply following a model that has been adopted by other utilities around the country.