You are at:Home»Immigration Issues»Crime»Family Members of Victims of Illegal Aliens Speak Out Against Non-Enforcement 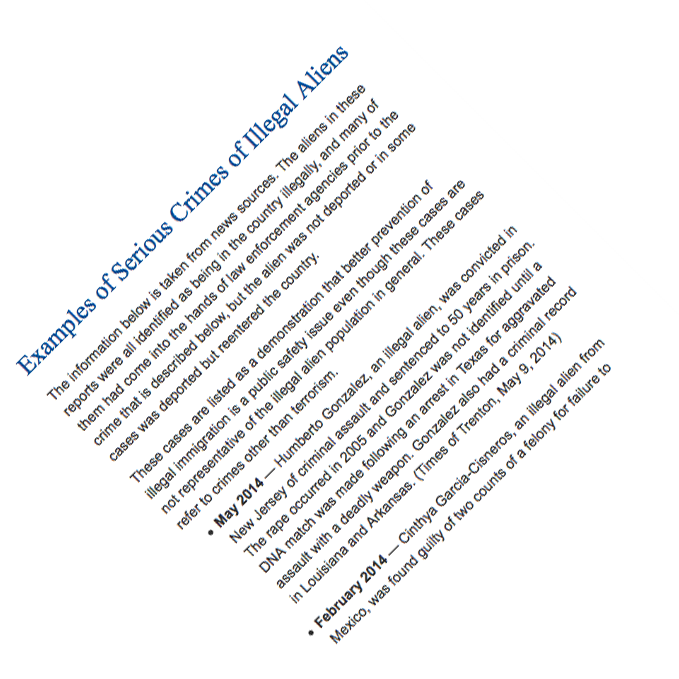 On Wednesday morning, the House Oversight and Government Reform Government Reform Committee, held a hearing, chaired by Rep. Ron DeSantis (R-Fla.) and Jim Jordan (R- Ohio): “A review of the Department of Homeland Security’s Policies and Procedures for the Apprehension, Detention, and Release of Non-Citizens Unlawfully Present in the United States.” The witnesses at the hearing were: Sacramento County Sheriff Scott Jones; Michael Ronneback, the uncle of the QuikTrip clerk in Mesa Arizona who was murdered last month; Jamiel Shaw, the father of a teenager gunned down by an illegal alien gang member in 2008; Jessica Vaughn, the Director of Policy Studies for the Center for Immigration Studies; and Gregory Chen, Director of Advocacy of the American Immigration Lawyers Association (AILA).

The hearing focused on the dangers posed to American citizens by state and local anti-detainer policies, as well as by ICE’s release of criminal aliens back onto the streets.  Sheriff Jones criticized the Administration for ending Secure Communities, and also criticized the Administration for refusing to challenge states and district court rulings that undermine immigration enforcement. He explained how the ACLU has undermined immigration enforcement all over the country with their victory in one district court in Oregon. He said that because the government did not challenge the court ruling against detainers in Clackamas County, sheriffs all over the country are afraid to cooperate with ICE because they are afraid they also will be sued by the ACLU.

Jamiel Shaw and Michael Ronneback put a personal face on the dangers to American citizens caused by lack of enforcement. Jamiel Shaw pointed out several times that the illegal alien who murdered his son was what amnesty advocates call a “Dreamer,” having been brought to the United States as a child by his parents. He said: “Some people believe that if you are brought over by no fault of your own that it makes you a good person. They want you to believe that DREAM Act kids don’t murder. I am here to debunk that myth.”  Jessica Vaughn also pointed out that the illegal alien who killed Grant Ronneback was released by Immigration and Customs Enforcement as a matter of discretion, despite his criminal record. Both family members blamed the federal government for failing to protect Americans.

Several members also heatedly debated what should be the next steps for Congress in the showdown over funding for the Department of Homeland Security (DHS). Representative Jordan passionately criticized Democrats for holding funding for DHS hostage, and also criticized Secretary of Homeland Security Jeh Johnson for refusing to appear at the hearing.  Secretary Johnson, he implied, has time to go on television to push Congress to fund Administration’s unconstitutional amnesty policies as he did last Sunday, but is not willing to be face to face with the Americans who have lost family members because the federal government refuses to enforce the law.