You are at:Home»Federal»Congress»Summary of House Judiciary Hearing 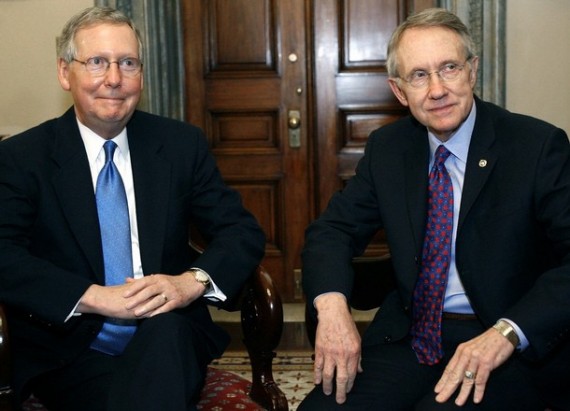 Before McConnell and Reid struck a deal in the Senate yesterday, the House Judiciary Committee held a hearing entitled, “The Unconstitutionality of Obama’s Executive Actions on Immigration.” The witnesses who testified were Nevada Attorney General Adam Laxalt (who is part of the 26 state lawsuit); Profs. Josh Blackman and Elizabeth Foley speaking against the president’s action; and Prof. Stephen Legomsky who defended the executive amnesty.

The Republicans on the committee focused on Judge Hanen’s ruling as well as the concept of prosecutorial discretion. Chairman Bob Goodlatte (R-VA) used his opening remarks and questioning to highlight the Texas ruling which AG Laxalt and Profs. Blackman and Foley agreed as the right decision and predicted the states will win on the merits as well. Immigration subcommittee chair Trey Gowdy (R-SC) grilled Prof. Legomsky on the limits of prosecutorial discretion, specifically focusing on the limits. Prof. Legomsky said granting deferred action for all 11-12 million exceeded the limits but declined to say if exempting 9 million went too far. Additionally, when Gowdy asked if Congress provided sufficient funding to deport all illegal aliens if that meant President Obama had NO discretion on the matter, Prof. Legomsky initially agreed to that point before backpedalling and saying the question has never been explored by the courts.

Meanwhile, the Committee Democrats stuck to the usual talking points about how these programs are determined on a “case by case” basis and continued citing the debunked statistic that President Obama has deported 2 million illegal aliens. Many of the Democrats used most of their questioning time to complain that the hearing’s title said “Obama” rather than “President Obama.”

Although most of the hearing was a repeat of the usual talking points, there was a fiery exchange between outspoken amnesty advocate Rep. Luis Gutierrez (D-IL) and Rep. Doug Collins (R-GA). Gutierrez used his time to focus on a letter from over a decade ago authored by Rep. Lamar Smith (R-TX) and several other congressmen urging President Bush to use his discretion in immigration matters. Rep. Doug Collins immediately interjected that the letter dealt with legal permanent residents and not illegal aliens.