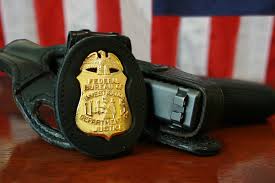 President Obama has less than two years left in office. Having spent the previous six years eviscerating any semblance of immigration enforcement, he is now setting his sights on making sure than no future administration will be able to undo the damage he has wrought. Call it the Obama scorched earth immigration policy.

On March 2, the President’s Task Force on 21st Century Policing issued a report recommending that the FBI’s National Crime Information Center (NCIC) scrap its database of most immigration violators. If that recommendation is acted upon, it would mean that should any future administration decide that it actually wants to enforce our immigration laws it will basically have to start from scratch.

The immigration violator database is used by local police to determine if someone they encounter during a traffic or other lawful stop has an outstanding removal order, has been previously deported with a felony conviction, or other immigration violations. The task force also recommended that, “The U.S. Department of Homeland Security should terminate the use of the state and local criminal justice system, including through detention, notification and transfer requests, to enforce civil immigration laws against civil and non-serious criminal offenders.” Put simply: all local cooperation in immigration enforcement should cease.