You are at:Home»Immigration Issues»Agriculture»What Is to Be Done? 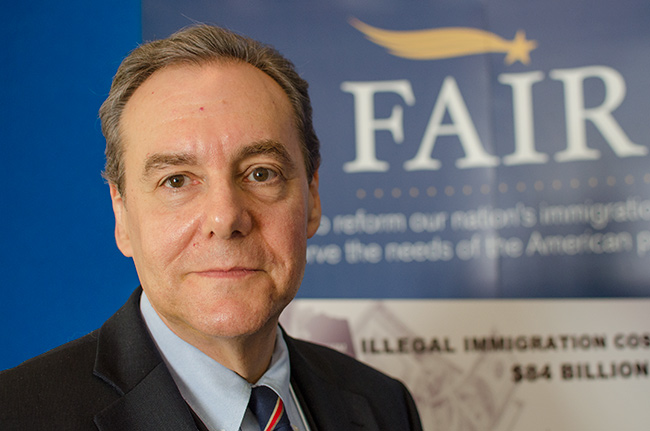 This week’s spectacle in Congress leads to some pretty obvious questions. If the Democrats can block any challenges to the president’s unprecedented immigration power grab, what can be done? If Congress can’t (or won’t) stop blatantly illegal actions by the Obama Administration, what do we do now?

For many years, we have been concerned about the prospect of a lawless president dispensing immigration benefits for partisan purposes. While the courts have been less than helpful in preventing past abuses, the magnitude of the current breach is without precedent. This administration has hired extremists – people who are both experts in immigration law and hostile to the public interest — who believe neither in deportation nor numerical and financial limits, and they are using the next two years to cement in place policies and practices that have rendered ICE and the Border Patrol useless. That this extremism may inure to the long-term benefit of the Democrats seems to provide suitable motivation among those who ought to know better.

FAIR and this movement have for decades relied upon what some still call the “mainstream media” to scrutinize executive actions and conduct. We no longer can, it seems, at least until the current administration ends. But it’s time to recognize two realities: First, there is no “mainstream media” any longer. While there remain venerable names, such as CNN, NBC, The Washington Post and The New York Times, these are no longer “mainstream publications” because these outlets have been compromised and, in any case, most people get their news elsewhere. These, along with the Los Angeles Times, are just mouthpieces for administration policies no matter how illegal or unreasonable. Worse still, these outlets refuse to use accurate terminology in a daily effort to mislead and confuse the public. We can and must play a role in countering the public confusion and misunderstanding.

Secondly, the people that are managing this administration’s immigration policy are not suitable appointees for the purpose: These include Lucas Guttentag, Cecilia Munoz and Angela Kelley, all of whom lack any concern for the public or national interest. They are lobbyists for interests that seek to destroy this nation’s ability to regulate immigration, and they are not people who can or should handle the public trust. Racialists, like Frank Sharry at America’s Voice, work overtime to try to divide Americans along color lines to achieve partisan objectives – and he works so closely with this White House that he may as well live in it.

It is a sad irony that the motives and intentions of these people is no longer scrutinized, as Sharry refers to “bleached districts” and other offensive and bigoted characterizations to try to play as divisive role as possible. None of these people believes that intending immigrants should ever be expected to respect and comply with our immigration law. It’s doubtful these cynical people can have any real emotional attachment to the millions of illegal immigrants themselves. Rather they view the promotion of mass immigration as furthering ideological or political goals.

The embarrassing breakdown of leadership. The failure of Congress to defund the DHS-Obama amnesty power grab was enabled by unified Democrats in Congress. Their goal: to change the electorate quickly in that party’s favor. There can be no mistake about their intentions, and America faces a true and urgent immigration crisis as a result. Virtually the entire Democrat Party seems prepared to create a quasi-dictatorship to produce unprecedented immigrant admissions, and to sacrifice the rule of law and fundamental fairness to achieve power – even at the expense of sound finance and Americans who desperately need a chance in a fair labor market, better wages and future prospects.  Keep in mind the situation is ripe for over-reach within the Administration. The arrogance of unchecked and absolute power can and will lead to missteps and abuses that must be spotted and exploited for all America to see and hear.

The Administration also prevailed because the Republican leadership preemptively foreclosed its strongest response, insisting that a DHS shutdown would be blamed on Republicans. In accepting the marginalization of Congress and a clear public defeat, the congressional leadership affirmed that Congress has become pretty much irrelevant in the immigration policy decisions of concern to most Americans.

The Democrats now stand for an indefensible proposition: the president claims he can let anyone in and let anyone stay. He can use advance parole, parole in place and deferred action to run his own immigration program and undermine a range of legislative changes since 1996 designed to deter illegal immigration. He claims he has unlimited discretion to ignore the enforcement standards of immigration law – and he has unlimited authority to give work documents (American jobs) to millions of current and future illegal aliens along with an affirmative promise no action will be taken for their removal. All this is called a “prioritization,” or some other fraud.

The president has asserted several Big Lies here: 1) I must establish priorities based on powers inherent in my office because I lack the resources from Congress to deport all illegally present aliens; 2) I must extend this power to manipulate and invent new law to suspend deportation and grant work authorization/public benefits to a class defined solely by myself; and (consistent with a superior sense of royal absolutism); 3) I will veto any effort to modify my powers – the very powers I claimed publicly 22 times I do not actually have.

How to move forward?  Power is being abused, let that be clear. And the major financial backers of the two parties seem oblivious to the threat. We must fill the void with effective leadership and action. First we will need to improve the public’s popular knowledge of today’s complex questions. For those of us who seek to limit immigration to ensure the livability, health, sustainability and survival of our nation and planet, the scene is challenging to say the least. But at least the agenda of those seeking empowerment through immigration is clear. Immigration is not the goal, it is power, plain and simple. Nothing else could explain the administration’s behavior in the face of stagnant wages and yawning income inequality. Understanding motives is critical to fashioning an effective counter-strategy.

Second, we ought to keep in mind that, as poet Ella Wheeler Wilcox said, “Nothing is ever settled until it is settled right!” The president has settled nothing, and stirred up everything. Yes, it is true the President is acting in a lawless fashion, but he is doing so in a manner that will – like an oyster — continually irritate the body politic and draw attention to the basic unfairness of it all. These “temporary status” benefits must be continually renewed. Educating the public becomes easier when it is apparent that benefits are being handed out to those who’ve cheated the system for years, and when it is being done outside the legitimate operations of our democratic system.

Congress can enact laws which this president will veto. But enacting those laws – and the veto itself – helps to highlight presidential malfeasance. In that regard, we expect that the House Judiciary Committee and the Senate Judiciary Committee will be sending a steady stream of good bills to the floors of Congress.

While Congress may enact a national E-Verify compliance bill with pre-emption language, there remain many rich vehicles for state legislatures to move related bills.  These state bills, which run the gamut from in-state tuition to driver’s licenses, are important both for their needed substance and for the political pressure they place on local politicians as benchmarks for citizen sentiment.

Third, litigation will continue to be an important part of this equation. While courts have persistently refused to hear citizen challenges to administrative malfeasance in lax executive administration, persistence pays and the judiciary is too important a potential ally to ignore in this fight. The 26 states that have challenged the president’s illegal immigration actions suggest strongly that no vehicle to encumber this sort of misbehavior can be neglected.

Lastly, we must push for Senate leader McConnell to adopt the Democrat’s filibuster busting rule. There are many examples now where the president’s robust use of “executive action” is stepping on special interest toes. If Democrats will not act to limit the president’s abuse of executive authority – not just on immigration but on a whole range of issues — then McConnell will have justification to exercise the nuclear option. At that point, the field is wide open.

In short, we have many ways to survive the intentional sabotage of our nation’s immigration controls these next 20 months. But we all must work together.

Keep in mind this administration is attempting to permanently damage this nation’s ability to limit immigration. This president, by his behavior, is attempting to destroy the American people’s right to decide who and how many may enter. We have a president who opposes these laws on ideological and empowerment grounds. This behemoth known as the Executive Branch has only two officials subject to periodic election: the president and the vice president. To respond properly, the public must understand the danger we face to our schools, our finances, our security and our self-determination. Millions will be given documents and benefits without proper screening, criminal aliens will no longer be detected and removed, local and federal police will no longer identify dangerous aliens for removal and, through abuse of parole and related categories, millions more will enter outside of our governing limits and categories.

The American people must be made to understand that this flagrant abuse of executive authority is a calculated threat to our constitutional form of governance. No nation has ever survived the sustained breakdown of its borders and entry controls in recorded history. This is no time to stop, this is no time to let up; we must redouble our efforts — for the generations to come.