You are at:Home»Politics»California Discovers Natural Limits 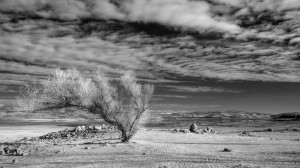 Californians are under orders from the state government to reduce water use by one-fourth because of the continuing drought conditions. In reporting on the water crisis, The New York Times journalists found economists and developers sure that the state would be able to continue to grow – presumably in population and economically – despite the need to reduce water consumption.

An environmental perspective, voiced in the article by a water expert for the Pacific Institute noted that, “Folks realize we have now reached the limits of supply, so the focus is on demand.” If the journalists had tried, they could have found environmentalists who would have noted that even without drought conditions the state has become overpopulated in terms of sustainable freshwater resources. What was entirely lacking from the newspaper’s report was the role of population size and how immigration – both legal and illegal – has fueled the development of the current crisis.

Beyond that, California must depend on the federal government to adopt policies that will dampen the population impact from legal immigration. But, it has a role to play through its representatives in Congress to work for a responsible immigration policy that will reverse the population pressure currently generated by new immigrants. Although the country in general is not experiencing as much population pressure from immigration as is California, still the share of increase nationwide from first and second generation immigrant families is about 75 percent.