You are at:Home»Federal»Mass Immigration is a Key Reason Residents of High-Tax States are Voting with their Feet 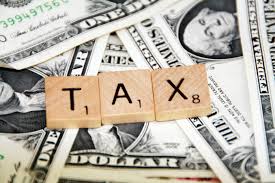 Stephen Moore, a long-time libertarian crusader for mass immigration, accurately notes in a Washington Times op-ed that those who still can are getting out of high-tax redistributionist states. “Residents of high-tax states are voting with their feet,” he notes. What he fails to mention, however, is the reason for that phenomenon is that the growing number of people in those states who rely heavily on state redistributionist policies are voting…with their votes.

Moore and other libertarians, who detest nothing more than government wealth redistribution schemes, fail to grasp the fact that their open borders ideology is a mortal threat to their dream of smaller, less confiscatory government. In a democracy, people generally vote their economic interests and, as the number of people who depend on government services increases, they tend to elect people who tax those who have to provide for those who have not.

Immigration is a key factor, though certainly not the only factor, driving the growth of those who depend on government services and benefits for their survival. With the exception of Michigan, the states Moore highlights as having the highest levels of domestic out-migration – New York, California, Illinois and New Jersey – all have at least one thing in common: high concentrations of recent immigrants.

The three states receiving the greatest numbers of domestic migrants – Texas, Florida and North Carolina – are also experiencing large influxes of foreign migrants, but have yet to reach the political tipping point where the government- dependent have the voting clout to redistribute wealth through taxation. But it’s coming. Florida and North Carolina have turned purple in national elections and the wealth-redistributing, open borders folks on the left gleefully predict that it is only a matter of time until mass immigration changes the political landscape of Texas.

The taxpaying middle class is indeed voting with their feet. But Moore, and the libertarians at places like the Cato Institute, need to come to grips with the reality that if they get their way on immigration the middle class tax base will continue to shrink and there will be fewer and fewer places left for those who still earn enough to pay taxes to seek refuge.