You are at:Home»Featured»TPP Debate Illustrates the Hypocrisy of the Left and Right on Immigration and Executive Authority 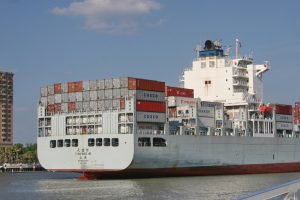 If you’re a liberal Democrat, giving the president virtually unlimited executive authority to grant amnesty to millions illegal aliens who are working illegally in the U.S. (and also to many who are just here doing whatever) is good. Giving the president vast fast-track power to negotiate a global trade pact that would result in American workers losing jobs to foreign labor markets is bad. A deal that, in the words of Sen. Elizabeth Warren (D-Mass.), “giant corporations have had an enormous amount of access to see…but the doors stayed locked for the regular people whose jobs are on the line,” calls for setting limits on executive authority.

If you’re an establishment Republican, like say, House Speaker John Boehner (R-Ohio), the president’s exercise of executive power to grant amnesty to illegal aliens is bad (even if he isn’t prepared to use Congress’s power of the purse to stop him). Giving the president vast fast-track power to negotiate a global trade pact that would result in American workers losing jobs to foreign labor markets is good because, “It will ensure the timely and efficient implementation of” such trade agreements.

Thus, the battle over the Trans-Pacific Partnership (TPP) – a proposed trade pact among 12 Pacific Rim nations – and Trade Promotion Authority (TPA) legislation that limits Congress’s input into this far-reaching international treaty and gives legislators only an up-or-down vote on the completed deal is exposing hypocrisy on both ends of the political spectrum. The 12 nations negotiating the partnership include, the U.S., Canada, Mexico, Peru, Chile, Japan, Vietnam, Brunei, Singapore, Malaysia, Australia and New Zealand.

Democrats, and their allies in the so-call labor movement, are okay with foreign workers filling American jobs in America, so long as unions think they have a shot at organizing them and eventually turning them out to vote. In order to achieve these immigration policies, they are prepared to look the other way at blatant and unconstitutional exercise of executive power. Many on the left are just fine with giving the president free rein to negotiate a deal with Iran that gives would free up billions of dollars for that nation to fund global terrorism and pursue its goal of producing nuclear weapons.

Establishment Republicans, and their allies on Wall Street, have no problem with corporations outsourcing American jobs to cheaper labor markets abroad or in-sourcing lots of foreign workers to do jobs here. They are uncomfortable with the president – at least a Democratic one – acting unilaterally to grant amnesty to illegal aliens. Republicans are very uncomfortable with the president lifting sanctions Congress imposed on Iran and green-lighting that nation’s nuclear weapons program, and may even make a real effort to stop him.

The impact of TPP on American jobs would not be limited to those that are outsourced under the agreement. According to the American Job Alliance, TPP “includes an entire chapter on immigration. It is a Trojan horse for Obama’s immigration agenda,” write the group’s executive director Curtis Ellis. Ellis warns that a key feature of the agreement is a provision that would facilitate “temporary entry” of large numbers of guest workers from partner nations. As has been the case with other trade agreements, the TPP would expand the ability of multinational corporations to move foreign workers into the U.S. under the much abused L-1 visa program.

Oddly (or at least it should be odd), those on the left who are most passionate in their opposition to TPP because it would result in the loss of American jobs to cheaper labor markets abroad, assiduously ignore the potential damage that the expanded use of L-1 visas to import foreign labor to the U.S. poses to American workers. In a forceful 30-minute speech, Sen. Bernie Sanders (I-Vt.) never once raised this threat to the American workers he claims to champion.

Much like in Europe, where the EU has resulted in large flows of labor from the weak economies of Eastern and Southern Europe to fill jobs in the more prosperous, higher wage Western and Northern member nations, it is not hard to imagine how the TPP would work. At least seven of the nations, Mexico, Peru, Chile, Brunei, Singapore Malaysia, and Vietnam (where the minimum wage is 56 cents an hour) would provide ready sources of workers eager to fill jobs in the U.S.