You are at:Home»Immigration Issues»Asylum & Refugees»Iraqi Nun Denied Visa While Criminals Get DACA 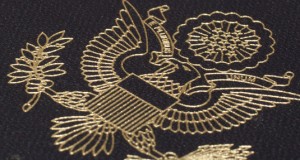 Nina Shea at National Review has a post today that highlights the absurdity of the Obama administration’s immigration policy.

“Sister Diana Momeka of the Dominican Sisters of Saint Catherine of Siena was informed on Tuesday by the U.S. consulate in Erbil that her non-immigrant-visa application has been rejected. The reason given in the denial letter, a copy of which I have obtained, is: You were not able to demonstrate that your intended activities in the United States would be consistent with the classification of the visa. She told me in a phone conversation that, to her face, consular officer Christopher Patch told her she was denied because she is an “IDP” or Internally Displaced Person. “That really hurt,” she said. Essentially, the State Department was calling her a deceiver.”

At the same time that the State Department is being extra scrupulous in making sure that Iraqi nuns are not lying about their intention to visit the U.S., evidence continues to pour in about all of the criminals given legal status by the Obama administration. In this week’s Legislative Update from FAIR, we learn that: “Last Friday, U.S. Citizenship and Immigration Services (USCIS) Director Leon Rodriguez admitted the agency had granted DACA to Emmanuel Jesus Rangel Hernandez, an illegal alien now charged with the murder of four, even though a federal crime database indicated he was a gang member.”

You can read more about this outrageous case here.