You are at:Home»Immigration Issues»Asylum & Refugees»More Executive “Discretion”: Yemenis Get to Stay 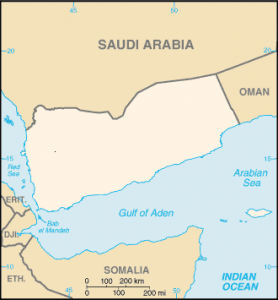 The law provides relief for certain foreigners who are in the United States when war or natural disaster in their homeland prevents their return. It is called Temporary Protected Status. TPS protects the designees from deportation and grants them legal work status even if they were illegally in the country prior to the event that triggered the TPS declaration.

The TPS provision has increasingly become tainted by abuse as TPS designations have been mindlessly extended for political reasons and at the pleading of foreign governments spurred by the dollars sent home by these workers. Examples of TPS abuse are Honduras and Nicaragua which have had TPS for their mostly illegal alien population from before December 1998 as a result of extensions every 18 months. The massive hurricane damage that hit in 1988 has long since ceased to be a justification for continuing the temporary protection as nationals of those countries come legally to the U.S. and return home in large numbers.

So a new wrinkle appeared when the Department of Homeland Security issued on April 28 “relief measures” for Yemenis, where al-Qaeda affiliated Islamic insurgents and separatists have taken the country to the brink of civil war causing the pro-U.S. president to flee. Like TPS, the measures included extension of stay and of parole for Yemenis already here as well as work permits for Yemeni students studying here and unspecified other Yemenis.

In effect, the administration is using executive powers to accomplish the same protections as the TPS designation. The only difference is that the administration was able to evade the formal notification to Congress and publication in the Congressional Record that is required when TPS is declared. This action demonstrates that the TPS process could be abolished. On the other hand, it also demonstrates that the executive – if unchecked – can rapidly extend protection to foreigners – including illegal aliens – without regard for Congress and without any need to go through a public process for indefinitely extending the protection against deportation.