You are at:Home»Politics»USCIS Chief: Immigration Laws are Unjust 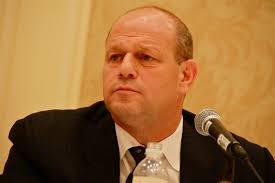 Leon Rodriguez, director of the U.S. Citizenship and Immigration Services (USCIS) agency said on Wednesday that U.S. immigration laws are unjust and do not reflect our nation’s values. Mr. Rodriguez, like every other American, is entitled to his opinion. He should not be entitled to remain director of USCIS, however.

It is clear that Rodriguez assumed his current position and took his oath to uphold the laws of the United States under false pretenses. Moreover, he cannot be expected to faithfully carry out laws that, as a matter of conscience, he believes to be unjust. His only legal and ethical option is to resign his post immediately.

Speaking to the Catholic Legal Immigration Network in Salt Lake City, Rodriguez observed that among the laws and regulations governing U.S. immigration policy, “You will never once see the word ‘justice.’” I haven’t read through the countless volumes that make up the U.S. immigration code, but I’ll take his word for it. I seriously doubt you will find the word justice in the tax code, or any of the other voluminous sets of laws that govern and regulate how our country operates.

The function of the immigration code is to regulate the influx of foreign nationals to the U.S. By necessity, that entails disappointing a lot of people. Being told “no” might not feel good; but it is not necessarily an injustice.

Perhaps most importantly, Rodriguez’s comments represent a fundamental misunderstanding of who U.S. immigration laws are meant to serve – and he is not alone in this misperception. First and foremost they are meant to serve and protect the interests and security of the American people. Aspiring immigrants have an interest in U.S. immigration policy, but the stakeholders are American citizens: workers, taxpayers, and parents of future generations of Americans.

The refusal of Mr. Rodriguez and the president he serves to conscientiously enforce laws meant to protect the interests of the American people is unjust, not the laws themselves. The millions of Americans who lose jobs and wages to illegal aliens, the taxpayers who shell out about $100 billion a year to provide basic services to illegal aliens, the thousands of Americans who are victimized by criminal aliens, and future generations of Americans who will live with the social and environmental consequences of current immigration policies, could use a little justice too. But they won’t get it from Mr. Rodriguez.