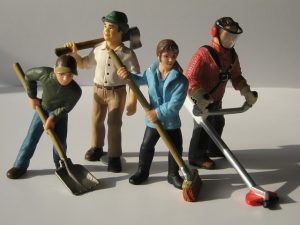 Ramesh Ponnuru, Bloomberg News columnist, wrote on May 18 about the positions of GOP presidential candidates Rick Santorum and Scott Walker on immigration. He cited their support for immigration reduction and discussed findings by economists about the impact of immigration on wages of American workers. He concluded that the claims by both those calling for reductions (‘restrictionists”) and those supporting increases (“advocates”) overstate their arguments.

Ponnuru notes the findings that immigration has a negative impact on low-wage workers – especially earlier immigrants – that is recognized by both sides in the debate. He notes that both sides (at least George Borjas on the restrictionist side) agree that immigrants overall have a slightly positive effect on the earnings of a majority of workers, i.e., a positive effect on the economy.  That leads him to comment, “If you want to know why middle-class living standards aren’t rising as fast as they used to … don’t look to immigration for an explanation.” That comment, however, does not follow the data he discusses. He earlier noted the finding of the Congressional Research Service that wages rose much faster during low immigration from 1945 to 1975 than it has since during a period of fast rising immigration. But, after noting that finding, he pays it no further attention.

Despite his downplaying the arguments for lower immigration, he comes to that position personally. He writes, “It seems to me then, for all those reasons, that we should refrain from increasing immigration and should perhaps even reduce it.” His “perhaps” is maddeningly wishy-washy, but at least it is on the right side of the debate.