You are at:Home»Immigration Issues»IRS Commissioner Confirms Illegal Aliens will be Eligible for Tax Credits Even if they Never Filed Past Returns

Earlier this year, IRS Commissioner John Koskinen confirmed that illegal aliens who gain amnesty as a result of President Obama’s executive amnesty programs would be eligible to claim retroactive Earned Income Tax Credits (EITC) for the three years prior to obtaining a valid Social Security Number (SSN). At the time, it was not clear whether illegal aliens who had not filed returns or paid taxes during those three years would be eligible for EITC. 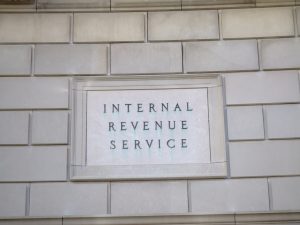 Now it is. In response to follow-up questions by Sen. Chuck Grassley (R-Iowa), Koskinen confirms, in writing, (see Question 2) that under IRS regulations, once illegal aliens obtain valid SSNs, they will be eligible to claim EITC payouts even if they had not paid taxes or filed returns for the years they are claiming. “[N]ot only can an individual amend a prior year return to claim EITC, but an individual who did not file a prior year return may file a return and claim EITC,” (emphasis added) wrote Koskinen. “Section 32 of the Internal Revenue Code requires an SSN on the return, but a taxpayer claiming the EITC is not required to have an SSN before the close of the year for which the EITC is claimed,” he continued.

EITCs are not deductions that lessen the amount one owes the IRS. It is money that the Department of Treasury sends to people who meet the income and other requirements. In some cases, the accrued credits for three years of EITCs and Additional Child Tax Credits could amount to $35,000.

It should also be noted that illegal aliens who claim retroactive EITCs for years during which they failed to file returns will essentially be confessing to crimes. Everyone who earns income in the United States, irrespective of immigration status, is legally required to file a tax return and pay any owed taxes. Koskinen was not asked whether the IRS will prosecute illegal aliens who admit to violating the requirement to file returns, but based on this administration’s track record more illegal aliens will be cashing $35,000 checks from the government than facing tax evasion charges.

To learn more about how illegal aliens are affecting American taxpayers, check out FAIR’s report: The Fiscal Burden of Illegal Immigration on U.S. Taxpayers