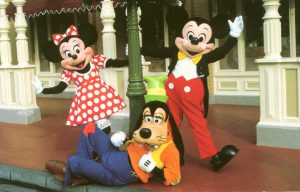 The Walt Disney Corporation, viewed with reverential respect in Florida’s political community, has come under fire for firing American workers and replacing them with foreign workers. The response has been strange. One Senator, Bill Nelson (D), has demanded DHS investigate the practice. But Senator Marco Rubio (R) has taken a different approach: he’s working the Democrat Senators to increase the H-1B cap to nearly 200,000 a year.

What Disney did is not new. It’s been happening since FAIR first heard about the practice in 1998 when American International Group, Inc. (AIG) led the way. In nearly 20 years, what’s been done to fix the problem? A few tweaks to tighten rules for labor contracts (so-called H-1B dependent employers); otherwise the problem just gets worse. Why? Just look. A Democrat Senator from Florida (Nelson) wants an investigation. The Republican Senator from the same state wants more. But Rubio wants to be President of the United States – and he’s working with other Democrats (Blumenthal and Klobuchar) to make a bad situation even worse. Where to turn? When greed drives an issue and an agenda, inertia is one result. Growing frustration and despair is another.

H-1b H-1b visas
Previous ArticleTell Your Senators: No Illegal Aliens in the Military!
Next Article Duh! Jerry Brown Wonders How Many More People California can Accommodate