You are at:Home»Federal»No Denying the Benefits of DACA: To Whom? 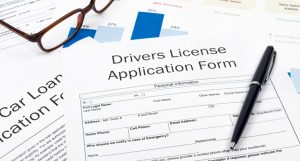 Three years ago today, June 15, President Obama announced the first of his executive amnesty programs, Deferred Action for Childhood Arrivals (DACA). To mark the occasion, the National Council of La Raza blasted an email to millions of its followers with the subject line: No denying benefits of DACA.

According to La Raza, as a result of the president’s unauthorized amnesty program that has so far benefited about 700,000 illegal aliens:

Good for them. But what, exactly, is DACA doing for the rest of us?

How is it helping tens of millions of Americans who don’t have jobs, or who would like to find a better job – especially younger Americans who are having a hard time gaining a foothold in a difficult economy?

How is it helping American taxpayers who are now subsidizing their education?

How is it helping the millions of immigrants who followed the rules and waited (or are still waiting) in line for years?

In fact, in one short email, La Raza encapsulated just about everything that is wrong with the way they, and most of the political establishment views immigration policy. We know immigration (legal or illegal) benefits immigrants. Hint: They wouldn’t be here otherwise. The laws are supposed to protect the interests of the American people. They’re not, and not many people in Washington seem to care.

DACA
Previous ArticleIs America Losing Its Culture?
Next Article Luis Gutierrez is Not Feeling the Love for Illegal Aliens from Bernie Sanders