You are at:Home»Featured»Zuckerberg Continues To Promote, Encourage And Reward Illegal Immigration 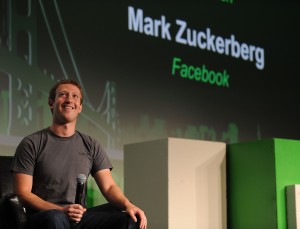 Mark Zuckerberg and his wife are giving $5 million  to something called “TheDREAM.US” scholarship fund. This is pocket change to Zuckerberg, but his decision to give to a fund that gives only to illegal aliens underscores everything that’s wrong with Zuckerberg’s approach.

To get the money, you must have broken the law and be here in violation of federal law. To quality you must be a citizen of a country other than the United States. To qualify, your parents must have evaded detection and deportation over several years. To qualify, you cannot be someone patiently waiting outside the U.S. and respecting our borders and law.  You must be a line-jumper and law breaker whose parents are scamming the system and taxpayer.

The Facebook founder says “We ought to welcome smart and hardworking young people from every nation, and to help everyone in our society achieve their (sic) full potential.”

Isn’t it possible someone could reach their full potential in their home country – the country where the person is regarded as a citizen? What is accomplished by explicitly discriminating against American citizens?

Zuckerberg himself relies upon respect for law in his own personal and commercial affairs. He benefits by living within a civil society in which the rule of law prevails. All his property relies upon civil protections that ensure title to his land, stock and vast wealth is protected from theft.

Yet Zuckerberg thumbs his nose at the borders, and chooses to encourage and reward lawbreaking at the expense of our common understandings of fair play and justice in order to curry favor with a political constituency and make his “cheap labor” grab appear high-minded. What gives him the right to pick and choose and make those moral judgments for the rest of us.

For disadvantaged Americans who can trace through their ancestry generations of sacrifice and suffering to build this nation, this kind of arrogance is a bitter pill to swallow.