You are at:Home»Politics»Whatever Obama Says on Immigration, Just Assume the Opposite is True 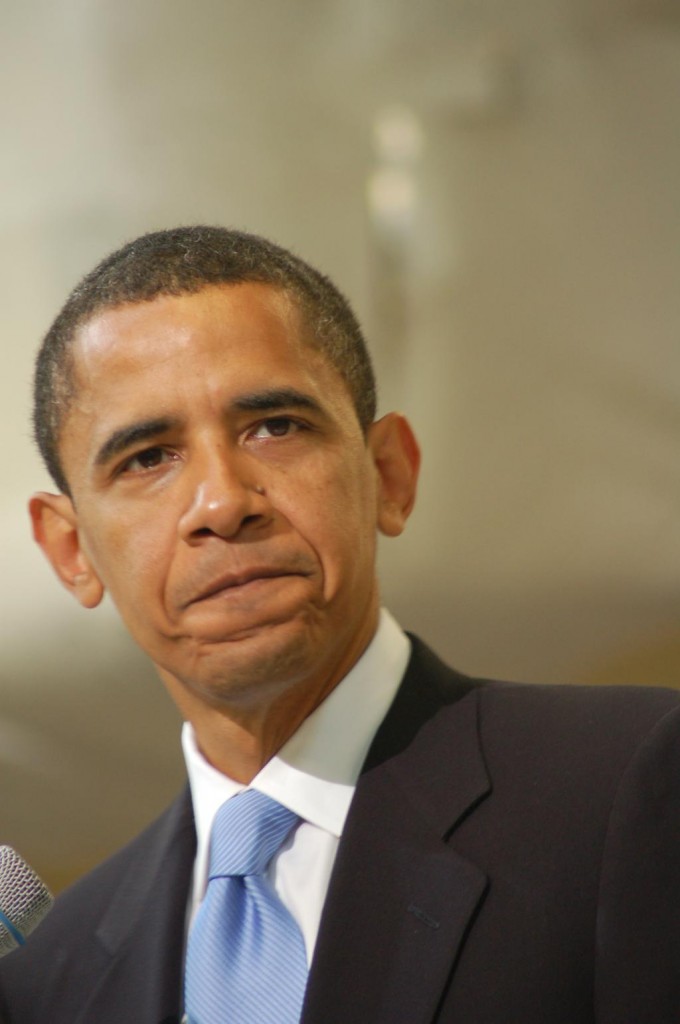 Among other roles, FAIR is a vigilant watchdog. Truth-checking each immigration claim made by the Obama administration keeps us busy, sometimes amused and always astonished.

After years of separating fact from fiction, we can conclude two things. First is that as the deceptions have become more dazzling and audacious, they have become easier to debunk with almost embarrassing ease. Secondly, we can advise with a high level of confidence that whenever Obama, or one of his officials, makes a statement regarding immigration, it’s always prudent to assume that the exact opposite is more likely true.

Obama’s earliest deceit was revealed, not by us, but simply by the passage of time and the president himself. During his first term, Obama promised to act on behalf of “kids who were brought here through no fault of their own,” thus implying a limited amnesty for a small population. That claim was unabashedly exposed the moment Obama unilaterally ordered two massive amnesties covering not just “kids,” but most illegal aliens up to age 30 and all of their parents. Those combined actions represent a wholesale amnesty for 6-8 million illegal aliens, more than half of all in the U.S.

Many other lies persist but require a bit of clear thinking to refute:

Illegal Border Crossings are Down

DHS Secretary Jeh Johnson claims that illegal border crossings have dropped because apprehensions are down.  While this may appear logical, upon analysis we can confirm this statement is a Pinocchio.

Apprehensions — those who the Border Patrol catch sneaking into the country illegally — are a poor measurement because for every illegal alien caught, about 3 or 4 more get through unnoticed so there are still hundreds of thousands entering every year. Apparently Secretary Johnson “forgot” that the Government Accountability Office recently said the number of apprehensions bears little relationship to effectiveness because agency officials do not compare these numbers with the amount of cross-border illegal activity.

Even Johnson’s predecessor, Janet Napolitano, acknowledged that the number of apprehensions does not measure the number of people who illegally enter the U.S.

Finally and most importantly, apprehensions are also a poor measure because we know from insiders at the Border Patrol that they’re not tending the border like they used to because their bosses are instructing them not to do their jobs.

Johnson suggests that illegal immigration has “dropped considerably since it peaked in 2000.” This would also be known as a Pinocchio, in particular one with a nasal inflammation, but it’s easy to refute. In 2000 there were 12.2 million illegal aliens in the U.S. Now there are 11.9 million illegal aliens in the U.S., hardly a “considerable drop.” That is about the same number we’ve had for the last five years and it is 36% higher than it was 15 years ago.

This particular deception dates back to April 2009 when then DHS Secretary Janet Napolitano announced that DHS would no longer conduct worksite enforcement in the form of surprise visits by ICE agents to determine if an employer was hiring illegal aliens.  Instead, they said ICE would begin “more efficient and effective” paper audits of employer’s I-9s. Not surprisingly, the numbers have been dropping. Our partners at the Center for Immigration Studies report that in 2012 there were 240 employer arrests.  This year only 65 are projected.

We also learn – now years later — that DHS provides employers advance notice of an audit thus guaranteeing that unscrupulous employers will have plenty of time to clean house.

This is a growing and dangerous lie.

Over the past few years, the Obama administration made a non-consensual agreement with the American public saying that it would not waste resources removing illegal aliens whose “only crime is crossing the border illegally.” Instead, the administration claimed it would, “focus on criminal aliens and national security threats.”

Neither the American public nor Congress agreed to the new selective enforcement — Obama never asked — nonetheless it became DHS’s priority. But now we learn 30,558 illegal aliens with criminal records were released onto the street last year including those with homicide, kidnapping, sexual assault and other serious offenses and convictions. Moreover, this year ICE has already released 10,246 criminal aliens.

So it was all a lie like a lot of what this administration says. Illegal aliens for the most part are not being removed and neither are many illegal aliens who have felony charges and convictions.

And that begs the question of the other category of illegal aliens…national security threats.  The DHS Secretary’s job is, above all else, to keep Americans safe.  Given Johnson’s chronic, fantastical and self-serving deceptions — characteristics which psychologists say are clinical indicators for a diagnosis of compulsive lying —  combined with DHS’s current practice of releasing criminal aliens, it’s hard to believe he’s doing much to identify and remove aliens who might be terrorist risks.

While this has been the biggest lie and the easiest to disprove, it has ironically been Obama’s most effective and lingered the longest.  The tide is changing however as the mainstream media — including even the New York Times and Los Angeles Times — has had to acknowledge the cold hard facts and stopped fueling the myth.

Previous ArticleWill the Supreme Court Uphold Immigration Policy by Executive Fiat Next?
Next Article I am an Immigrant and I Work for FAIR