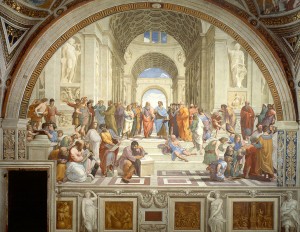 The Washington Post Fact Checker blog attempted to “fact check” a statement made by Donald Trump about crime and immigration. The post by Michelle Ye Hee Lee concluded by saying Trump deserved “Four Pinocchios.” In addition to being both uncharitable in trying to understand what Trump said, the entire post exhibited a blindness to the moral facts about crimes committed by illegal aliens, and an ignorance of public opinion on the matter.

In March, Justin P. McBrayer, a philosophy professor from Colorado, caused a stir by publishing “Why Our Children Don’t Think There Are Moral Facts” at The New York Times philosophy blog.

His essay focused on the fact that American children are no longer taught moral facts.

The Posts’ blogger, Ms. Lee, admits that there is not a lot of direct data about non-immigration crimes committed by illegal aliens and yet attempts to shoehorn what Mr. Trump said into a form that she believes can be fact-checked. As Ms. Lee notes, “We tend not to wade into fact checking incendiary comments that some might label opinion.” Her statement is indicative of the topic that Prof. McBrayer was discussing in his New York Times essay. Trump’s statement, one based in the moral facts of illegal immigration, is viewed as “opinion” because it includes a value claim.

Ms. Lee then goes on to engage in a discussion of the relative crime rates of immigrants versus native- born Americans, and various other irrelevant exercises. Even the graphics used in the blog post as illustrations betray a moral blindness about the real issue. They all refer to “unauthorized” or “undocumented” aliens. 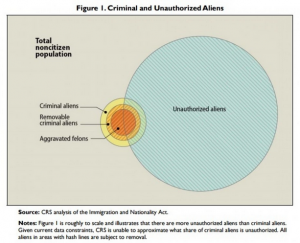 Why is Lee’s digression into comparative crime statistics irrelevant? Because of the moral facts involved when an illegal immigrant commits another crime while in the U.S. If someone breaks the law to come here, and then commits another crime it is a moral outrage. If the person here illegally was caught and then released by a “sanctuary” city it is again even more outrageous. An avoidable crime, one where the perpetrator could have been removed before harming anyone suggests culpability. It is a moral fact that people who assist or allow criminals to go free are themselves partially culpable. Is this a “fact” that can be checked? Is it an opinion? No. To approach a situation like the recent murder in San Francisco through a discussion of comparative crime rates smacks of moral carelessness, or cluelessness.

Treating crime like an actuarial table or the risk of lightning strike misses the point. It excludes the moral dimension of crime while pretending to discuss it.

Why has so much of the discussion of crime in the past week, as the fact check did, missed that point?

I think that part of the reason was established by Professor Johnathan Haidt. Haidt, a social psychologist, theorized that there are 5 moral senses that guide our thinking – harm/care, fairness/reciprocity, in-group/loyalty, authority/respect, and purity/sanctity. His research showed in politics, people with liberal views tend to center moral judgements on fairness and harm. People with conservative views tend to make moral judgments across all 5 senses. You can view Prof. Haidt’s Ted Talk about his book here.

Looking at the San Francisco case in light of both Prof. McBrayer and Prof. Haidt’s thoughts, it becomes clear why a lot of the “fact checking” about Mr. Trump’s, or anyone else’s, statements about immigration and crime are bound to fall short. The fact checkers are focused on harms and fairness. For people looking across the other foundations of moral thought, the most often expressed sentiment is “What part of illegal don’t you understand?” And so now it makes sense why a fact check that seems perfectly simple turns into a convoluted exercise in comparative crime rates – because the analysis is blind to the fact that, not only are some types of crime more severe than others – murder is much worse than jaywalking – but there are aggravating circumstances around crimes committed by illegal aliens.

If you start with the premise that, like lightning strikes, crime is a terrible but random phenomena that can be analyzed dispassionately then it follows that there’s no moral difference between crimes committed by illegal aliens and by U.S. citizens. Characterizing these crimes differently is unfair, because drawing a moral distinction between people here legally and illegally is unfair. This is why the Post, and other publications use “unauthorized” or “undocumented” as euphemisms for illegal alien, and many news outlets don’t report the immigration status of criminals.

Conversely, for someone who views crime as not only a “harm” or “fairness” issue, but a respect and loyalty issue, there is a moral difference. Crimes committed by anyone are terrible, but crimes committed by someone who lacked the respect for our country’s laws to come here illegally, and who were abetted by a city policy that lacked loyalty to the American public by releasing them to commit more crimes, are especially terrible.

Are there circumstances that a liberal would say aggravate a crime? Yes, which is why I think they support hate crime laws, because targeting a crime victim based on their personal characteristics is unfair. And significantly from this viewpoint, looking at the legal status of criminals would be unfair.

This, then, is why the majority of fact check attempts on Mr. Trump’s statements are doomed to fail – because they are based primarily on a moral view that emphasizes fairness and harm, and thus ultimately excludes the moral facts that a majority of Americans hold true about illegal immigrants and crime. As FAIR’s President Dan Stein noted last week: “The question should be, ‘in what way does illegal immigration improve public safety for Americans?'”