You are at:Home»Immigration Issues»Crime»Judge Not Says Law Professor 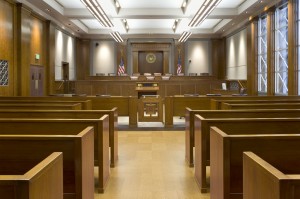 University law professor, Ilya Somin, argues in a July 14 post at The Washington Post that Americans should not “…consign huge numbers of people (most of whom have not harmed anyone at all) to a lifetime of Third World poverty and oppression” by deporting them. He argues that most Americans have broken the laws – underage drinking or speeding – and, therefore, they should be more understanding of illegal aliens who violate the immigration law to enter or stay here.

This focus is myopic. It looks at the individual illegal alien who performs your housecleaning or day care or gardening or home construction and sees a hardworking, law abiding individual who can be appreciated for the services provided and the aspiration for a better life. It loses focus on the long-range implications of the aggregate presence of millions of such people who allow employers to gain competitive advantage by illegally hiring lower-wage workers. It ignores the wage effect on American workers competing for the same jobs. It ignores the impact on city schools and services. And, inter alia, it ignores the indisputable fact that unlimited population growth in a finite land mass with finite resources is impossible.

And, of course, those who defend the accommodationist policies of the Obama administration are prone, like Mr. Somin, to focus on peaceful illegal aliens while ignoring those who commit heinous crimes, such as the murderer of Kate Steinle.

Mr. Somin’s argument is in effect an appeal to the biblical caution, “Judge not, that ye be not judged.” That precept does not mean to withhold judgment. It simply means to expect to be judged by the same standard. And, it does not hold for governance. Otherwise there would be no laws, nor judges nor even jury members.