You are at:Home»Immigration Issues»Crime»HuffPo’s “Gotcha” Comes Up Way Short

The Huffington Post and a lot of sanctuary apologists have been struggling to defend policies that shield criminal aliens since the July 1 murder of Kathryn Steinle by an illegal alien felon that San Francisco chose to put back on the streets, rather than honor an ICE detainer request.

Momentum is building in Congress to strip sanctuary jurisdictions of certain federal funding if they continue to impede immigration enforcement. The idea of withholding federal dollars from sanctuary jurisdictions apparently does not sit well with Rep. Mark Pocan (D-Wis.) who has offered an amendment to H.R. 3009, Rep. Duncan Hunter’s (R-Calif.) bill designed to force local governments to comply with ICE detainer requests. 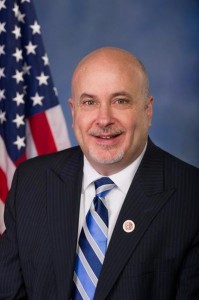 In an effort to expose the “hypocrisy” of H.R. 3009 backers, Pocan’s amendment would also strip federal dollars from state and local governments that fail to comply with last month’s Supreme Court ruling upholding same sex marriage. FAIR takes no position on issues not related to immigration policy, but we agree that state and local governments have an obligation to abide by the Court’s decision on same sex marriage when it comes to state laws that conflict with the scope of that decision.

There are plenty of ways for Rep. Pocan to point out the myriad examples of hypocrisy that occur each day in Washington without having to resort to invidious comparisons and pointless amendments to important legislation.