You are at:Home»Federal»How Polls on Immigration Lie

No doubt you have heard or read the big news! After decades of opposing amnesty for illegal aliens, Americans (claim the polls) have done an about-face and support allowing most of them to stay and putting them on a pathway to citizenship.

That is now the standard line included in most mainstream media reports: Americans overwhelmingly support amnesty and it is time for “obstructionists” in Congress to get out of the way and allow the people’s will to be done. 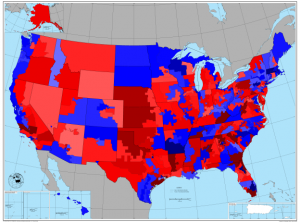 The most recent such poll was conducted by the Washington Post between July 16 and 19. The poll asks respondents:

Do you think undocumented immigrants currently living in the United States should or should not be allowed to live and work here legally if they pay a fine and meet other requirements? (if should be allowed) Do you think undocumented immigrants who meet the requirements should be able to apply for U.S. citizenship, or be able to apply for permanent residency, but not U.S. citizenship?

Do you notice anything unusual about the poll? Like the absence of any other alternatives? How about the lack of specifics, like what those “other requirements” might be?

Another interesting aspect of this Washington Post poll is that in spite of there being only one policy option on the menu, 40 percent turned it down. It kind of makes you wonder what kind of results the Post might have gotten if they had presented some viable alternatives to mass amnesty.

Of course, an honest reading of public opinion about amnesty was probably the last thing the Post had in mind when they conducted this poll.