Kate Steinle’s murder three weeks ago by a previously deported illegal alien has sparked national outrage, intense debate, nonstop media coverage, two congressional hearings, testimony from a grieving father and law enforcement officials pleading for an end to sanctuary policies. All this after months of emerging evidence showing the Obama administration has been releasing criminal aliens by the tens of thousands.

Granted, no one rioted. 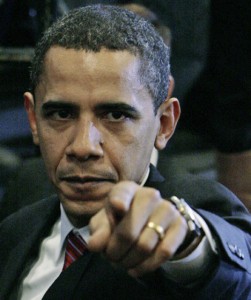 After Michael Brown’s shooting in Ferguson by a police officer fearing for his life, Obama signed an Executive Order establishing the President’s Task Force on 21st Century Policing, culminating in 81 pages of recommendations that police departments nationwide are compelled to follow.

Yet after Kathryn Steinle was murdered by an illegal alien who was deported five times with seven criminal convictions, Obama responded by adamantly promising he would veto any legislation that halts the sanctuary policies directly causing her death.

Obama’s Lawless Cartel – his administration, his Far Left friends along with the special interests who advocate on behalf of illegal aliens – are dug in and doubling down on their opposition to any solution that detains criminal aliens and saves lives.  Despite the overwhelming and incontrovertible evidence that Kate Steinle’s life was lost because of sanctuary policies, the Far Left just doesn’t care and they told us so these past few weeks:

Kate Steinle’s death doesn’t matter to the far left because if it did, they’d do something. They could have extended a helping hand this past week passing legislation to stop sanctuary cities. They didn’t.

They extended their middle finger.

179 Democrats – almost all – voted against Rep. Duncan Hunter’s bill that would have driven a stake into the heart of sanctuary cities.

The statements and behavior of the far left these past few weeks leads to one frightening conclusion; their end goal is to gut all immigration limits and enforcement entirely and they will hold public safety hostage in pursuit of amnesty at any price, including human life.

If the left won’t relent in the aftermath of this high-profile murder, smoking-gun evidence that sanctuary policies are at fault and national outrage over Kate’s death, then they never will.