You are at:Home»Federal»Congress»Michigan State Legislators Respond to Sanctuary City Consequences

According to the Oakland, Michigan Press, Oakland Press, July 16, 2015, legislators in Michigan are paying attention to the Kate Steinle tragedy – the San Francisco woman who was killed by Juan Francisco Lopez-Sanchez, a five-time deported criminal alien. 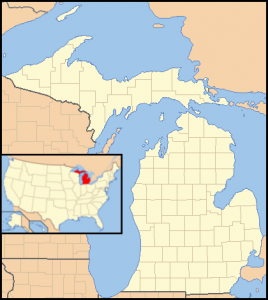 Sanctuary policies bar state and local officials, including law enforcement officials from asking persons about their immigration status, reporting them to federal immigration authorities, or otherwise cooperating with or assisting federal immigration authorities. FAIR Report, Oct. 25, 2013. While some of the state and local sanctuary policies were enacted ten or more years ago, the majority have occurred since President Obama took office in 2009, almost half of the policies have been put in place in just the past two years. (Id.)

Highlighting the fact that both Detroit and Ann Arbor are sanctuary cities, Senator Mike Kowall along with Senators Phil Pavlov, David Robertson, Patrick Colbeck, Mike Green and Rick Jones co- introduced this bill which would prohibit any state funding or other resources from going to sanctuary cities in Michigan. Oakland Press, July 16, 2015.

Perhaps more state legislators nationwide will have the courage to introduce similar legislation and prevent the deadly consequences of harboring illegal criminal aliens in our states and municipalities.