You are at:Home»Federal»Congress»Obama Administration and Congressional Democrats would Never Threaten Cut-Off of Funding to Force State and Local Compliance, Would They?

In pretty much a party line vote last week, the House of Representative approved H.R. 3009, Rep. Duncan Hunter’s (R-Calif.) bill that would withhold certain federal funding to sanctuary jurisdictions around the country. 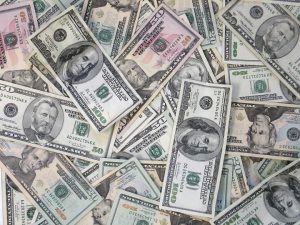 All but six House Democrats voted against the measure and President Obama has issued a veto threat if the bill reaches his desk. (The bill was also opposed by five Republicans.) Like many of his Democratic colleagues, Rep. Jim McGovern (D-Mass.), voiced objection to the threat of a cut-off of federal funds as a means to force state and local governments to comply with federal prohibitions against sanctuary policies. “I do not think we should punish and strip grants and federal funding from local law enforcement, cities and towns who are promoting community policing, public safety and the U.S. Constitution ahead of racial profiling and prejudice,” Mc Govern said.

Punishing state and local governments by stripping grants and federal funding is something the administration and congressional Democrats would never resort to, right? Well, that depends:

Opposition to H.R. 3009 is obviously not based on a principled objection to cutting off federal funds in order to force state and local governments to do, or not do, certain things. It’s about protecting sanctuary policies, plain and simple.