You are at:Home»Immigration Issues»Crime»Bravo, Atlantic

In America, there is a tendency to try to pigeonhole every social and political issue neatly into the framework of liberal versus conservative. In reality, most of the burning issues our time are not really left vs. right.

Immigration is perhaps the prime example of an issue that does not fit the paradigm. Rather than a left-right issue, the real divide over immigration is the elite versus (for lack of a better term) average Americans. It’s not quite the 1 percent versus the 99 percent, but clearly there is a dramatic divide between how the denizens of the island of Manhattan, or the upscale Zip Codes in and around Washington, D.C., view immigration, and those who live in much of the rest of the country. 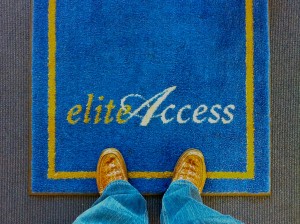 Case in point: At this moment Sen Bernie Sanders, a proud socialist from the land of Ben and Jerry, is raining all over Hillary Clinton’s coronation as the Democratic Party’s 2016 presidential nominee. Unlike most other prominent leftists, Sanders is not only the very antithesis of elitism, but delights in being a thorn in the side of the left-wing elite. Despite his incongruous support for the 2013 Gang of Eight amnesty bill, Sanders clearly recognizes the damaging effect that mass immigration has on what he might describe as the proletariat.

More refreshing is that the July 1 murder of Kathryn Steinle at the hands of an illegal alien criminal who was turned loose by the elitists who rule San Francisco may have sparked some introspection by the elite themselves. By pretty much anyone’s definition, the editors of The Atlantic, would qualify as elite, as would most of the magazine’s readership.

In an unsigned column that appeared on July 29, “The Problem with Downplaying Immigrant Crime,” The Atlantic confronts, head-on, the elitist attitudes that resulted in Ms. Steinle’s killer being put back on the streets of San Francisco. “When American elites debate immigration, they mostly ignore [issues like crime], and instead debate its economic impact. But even the most favorable analysis concedes that the economic benefits of immigration to the native-born are exceedingly small: about 0.2 percent of GDP, in a computation frequently cited and endorsed by the Obama administration. In return for those relatively meager economic benefits, the United States shoulders many serious and severe social costs, including the crimes tallied by the GAO,” note the editors.

The consequences of the elitist policies favored by many of its readers, opine the editors, is that “American immigration policy has built a population that is younger, less educated, and poorer than it would otherwise have been. It has built this population at a time when young, less-educated people face narrower opportunities than young, less-educated people did two generations ago. The United States has become a society in which it’s harder for poor and less-educated newcomers to succeed, even as its immigration intake has tilted ever more sharply in favor of the poor and less-educated.” In other words, we have an immigration policy that ignores the interests of the vast majority of our citizens.

Bravo, Atlantic. Let’s hope it gives your readership something to think about.