You are at:Home»Immigration Issues»Crime»Maryland Will Cooperate with ICE

There’s good news and bad news reported by the Washington Post on August 12.

The good news is that Maryland’s new Republican governor, Larry Hogan, has agreed to end the previous policy of Democrat Martin O’Malley of non-cooperation with Immigration and Customs Enforcement (ICE) efforts to deport illegal aliens detained by the state’s law enforcement agency. The state facilities will both notify ICE in advance of the release of an alien sought for deportation and hold aliens subject to an ICE detainer if it is accompanied by a judicial warrant. 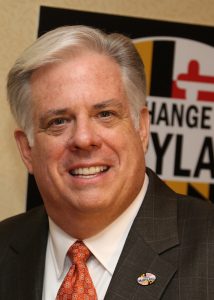 The bad news is two-fold. First, the change in policy coincides with a change in policy by the Obama administration. The Secure Communities program was terminated and a new Priority Enforcement Program (PEP) was created. The new program is a pseudo-enforcement program in that compliance is voluntarily and only for a limited category of alien prisoners and only when they have been convicted of a serious crime. So the policy reversal by Maryland is not as significant as it may seem.

The other bad news is that even Maryland’s decision to comply with PEP has been greeted with angry protests by the advocates for illegal aliens. The director of CASA de Maryland, Kim Propeak, commented, “This is the first ball out of the park. And it doesn’t bode well. It is very, very worrying.” Obviously, the Hogan administration may expect to continue hearing from the defenders of illegal aliens and their supporters in the state legislature, where the Senate has a Democrat majority.

A “ball out of the park” suggests a home run. That’s a good thing isn’t it?