You are at:Home»Immigration Issues»Elite Policy Debate on Immigration Does Not Match Americans’ Views, says Study

Last month, UC Berkeley political science Ph.D. candidate Douglas Ahler and Stanford Business School Professor David Broockman published a study called “Does Polarization Imply Poor Representation? A New Perspective on the ‘Disconnect’ Between Politicians and Voters.” While the study focuses on answering questions about the polarization about the electorate in general on a wide range of issues, its implications for immigration in particular, one of the issues studied, are profound.

The study examines whether citizens who are not ideologically polarized—and thus considered “moderate” by the political class, actually don’t have what the political class sees as “moderate” viewpoints. It concluded that, in fact, these perceived “moderate” voters are often quite “extreme” in their views when compared with politicians, even if their views are ideologically mixed.  The study also found that citizens are not attracted to “moderate” candidates just for being moderate—they are looking for politicians who actually match their own pattern of viewpoints. 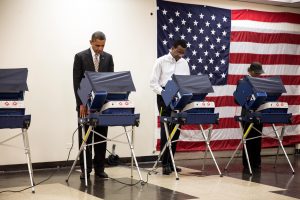 The implications of this study are quite applicable to the trustworthiness of political pundit claims that candidates, particularly Republican ones, who support amnesty are more “electable” because they are “moderates.” While such Republican amnesty supporters may hold an ideologically mixed set of views that does not mean they are more appealing to swing voters even if they themselves hold an ideological mix of views. Citizens therefore do not feel better represented by politicians who are less “polarized” according to elite thinking, but by those who agree with them.

Given the way citizens think—it therefore makes no sense to say that supporting amnesty is helpful to a candidate unless you can show that amnesty itself is a popular position with voters who are not firmly in one party camp or the other.  And that brings up the other important implication of the study when it comes to immigration, which is that the public is actually at odds with the political class, making it unlikely that favoring amnesty would help either a Democrat or a Republican politician in a general election.

In reality, opposition to amnesty is very much a mainstream position that is very often obscured by public polls that offer a small number of options—mass deportation or mass amnesty being perennial favorites. When given a menu of seven options to choose from instead, the fact that the public’s position is at odds with the views of the political establishment of both parties  becomes quite clear.  In fact, what the political elite view as the most hardline position on immigration was the most popular option among the study’s respondents.

Here are their questions on immigration and the percent of respondents who chose that option:

One can see from these answers that, in fact, nearly a quarter of the American citizenry holds a view dismissed entirely by the political class as too extreme to even imagine—stopping all immigration  and immediately deporting all illegal aliens. Further, 55 percent of the citizenry is either not open to any more immigration or open only to “highly skilled” immigration in the future. Thus an immigration position that is supported by a clear majority of the citizenry—preventing any more low skilled immigration, is virtually ignored.

Criticisms can certainly be made that the questions representing the “spectrum” of opinion are not perfect. For one thing, the questions focus on the border much more than interior enforcement, which might get a different response.  But they still provide a great illustration of the difference between giving Americans a full spectrum of options on immigration and a binary choice.