You are at:Home»Immigration Issues»Crime»Jose Antonio Vargas Lives Above the Law, Not in the Shadows 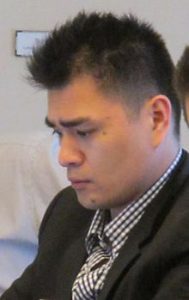 It turns out that Jose Antonio Vargas, the prominent open borders activist who has admitted to being an illegal alien and to committing numerous felonies, doesn’t have much respect for the tax laws either, according to court documents obtained by Red Alert Politics. In his 2011 essay in the New York Times publically revealing his status as an illegal alien who’d feloniously used fraudulent documents in order to work and obtain a driver’s license, he asserted he felt the immigration laws didn’t apply to him because “he had something to contribute.” But, apparently, actually contributing was another matter. Despite his many claims that he used those documents because he wanted to work and pay taxes, in fact, paying taxes wasn’t really such a priority after all. On January 7 of this year, he was hit with a $41, 945 tax lien in a court notice for failing to pay taxes in 2010. According to the notice, the taxes were assessed in 2013.