You are at:Home»Federal»Birthright Citizenship: Immutable or Just Custom?

The surfacing of the birthright citizenship issue in the presidential debate – notably by the Trump immigration position paper – has generated lots of media commentary, much of it wrong. The issue has often been described as doing away with the citizenship clause of 14th Amendment to the Constitution. Usually that provision is described as guaranteeing U.S. citizenship to all children born in the United States. 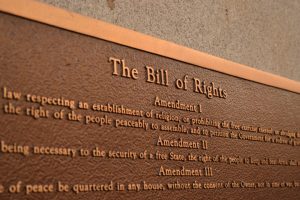 The Amendment states in Section 1: “All persons born or naturalized in the United States, and subject to the jurisdiction thereof, are citizens of the United States and of the State wherein they reside.” The clause, “…and subject to the jurisdiction thereof,…” limits the scope of the provision so that it does not apply to all persons born in this country. The Washington Post eliminated that clause with an ellipsis (…) when it editorially criticized the proposal to end birthright citizenship. But the clause has been interpreted to mean that the children born here to foreign diplomats or military stationed here do not acquire U.S. citizenship. And some constitutional scholars reason that in the historical context of when the amendment was approved the clause should have been interpreted to exclude citizenship for the children of persons not legally resident in the country.

The issue has never been directly decided by the Supreme Court and that is the reason that laws have been introduced in Congress to define the scope of citizenship by birth. FAIR has long advocated the adoption of a law to define citizenship by birth. The current practice is only custom. It is not immutable, unless it is so decided by the Supreme Court, and then could be changed only through a new amendment to the constitution.

This context means that when a candidate says he or she would not abolish the 14th Amendment, it does not mean that he or she favors the current practice of granting U.S. citizenship to the children of tourists, illegal aliens, or other non-residents.