You are at:Home»Immigration Issues»Border Security»The Worldwide Migration Crisis: Time for a Serious Discussion about How to Respond 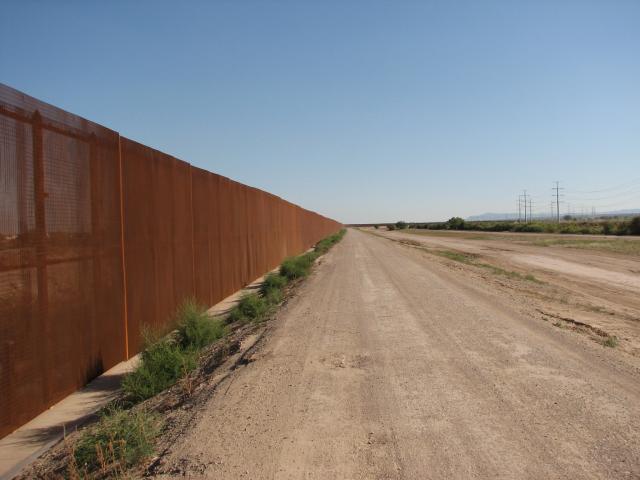 Donald Trump’s call for completion of the border security fence that was mandated by Congress but, like a lot of other immigration enforcement legislation has never been fully implemented, has been met with the usual derision by the political and media elite.

An effective border fence by itself will not solve America’s illegal immigration crisis, but it is an important component of an overall strategy to address the issue. A border fence is also not a uniquely American idea. Sixty-five security fences are in place along international borders around the world (and even within countries), according a study conducted by the University of Quebec.

In the face of a growing international migration crisis, new ones are going up. Hungary, a gateway for migrants attempting to reach Western Europe from Syria and other war-torn and collapsed societies is working to complete a fence along its border with Serbia. Estonia is building a fence in response to growing instability in neighboring Ukraine.

Some 300,000 migrants have attempted the dangerous journey across the Mediterranean this year. Germany, Europe’s most prosperous nation, is expecting an influx of 800,000 migrants this year alone.

The situation around the world tells us two things: Security fences are an effective (though not perfect) tool for combatting mass, unauthorized migration across international borders. The United States and other Western nation need to develop new strategies in the face of an unprecedented wave of migration. We need security barriers, but they have to be part of a larger plan to deal with a global crisis.

We are in the midst of a presidential campaign, which is a good time for the men and women who are seeking the nation’s highest office to offer up some new ideas for addressing, not merely managing a crisis that seems to grow worse by the day. In the case of the United States, the crisis has been exacerbated by reckless policies that seem to encourage migrants to flood across our borders.

The United States is not alone; almost every Western democracy is grappling (some more successfully than others) with the same issues. It is time for Americans and the media to challenge all of our leaders and prospective leaders to put forth their ideas for address one of the most serious issues of our time instead of just attacking the ideas of their opponents.