Bernie Sanders made waves when he declared that open borders was a Koch brother idea designed to suppress prevailing wages among America’s working class. 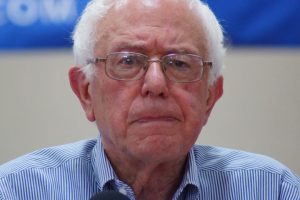 You know what youth unemployment is in the United States of America today? If you’re a white high school graduate, it’s 33 percent, Hispanic 36 percent, African American 51 percent. You think we should open the borders and bring in a lot of low-wage workers, or do you think maybe we should try to get jobs for those kids?”[1]

But his immigration platform does little to help America’s poor. Rather it would help other country’s poor by increasing legal services and prevailing wages for guest workers within the United States.

Sanders is fighting for better wages for other countries’ poor and disadvantaged within the U.S. instead of focusing on getting unemployed Americans the training they need to fill these jobs. Ending or limiting guest worker programs would open up more jobs for Americans. Employers will then have to offer wages that meet market demands (without the additional government intervention Sanders proposes).

America’s immigration policy should not take advantage of any foreign national, nor should it disadvantage any American. Sanders is right to address the former, but should be careful not to do so at the expense of the latter.