You are at:Home»Immigration Issues»It’s Not Your Imagination, Your Paycheck Actually is Getting Smaller

A new study by the National Employment Law Project (NELP) confirms what you probably already know: Wages in this country are not keeping pace with increases in the cost of living for just about all workers. Across the board, wage earners experienced significant income declines between 2009 and 2014, a period which includes both the recession and the so-called recovery. The lowest wage workers – those in the bottom 20 percent of earners – have been hurt the most, seeing real wage declines of 4.7 percent. But even higher wage earners – those in the top 20 percent – have lost ground. 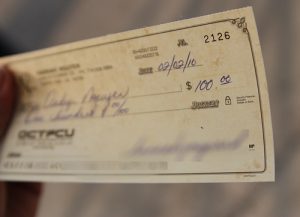 There are many factors that contribute to the downward mobility of American workers. But NELP manages to overlook immigration as one of them. According to a 2014 report by the Center for Immigration Studies, all employment growth in the U.S. since 2000 has gone to immigrant workers. Over the same period the percentage of working age Americans who are not participating in the labor force grew steadily.

The impact of immigration can be clearly seen in the report’s list of occupations where wage erosion has been the steepest. Workers holding service industry jobs that attract large numbers of immigrant workers have taken the biggest hits on their incomes since 2009. Even higher-skilled workers, like nurses, who compete directly with immigrant workers experienced significant wage declines.

Economists may disagree about the relative weight to attribute to the various factors that are cutting into the wages of workers in this country. But there should be little doubt that we ought to be reducing the influx of immigrant labor while American wages are in freefall.