You are at:Home»Immigration Issues»How About Real Protection for the American Worker?

In a speech given at a Labor Day rally, Hillary Clinton threatened to send American employers to jail for “wage theft” and praised President Obama for promoting “paid family leave”:

“I was very proud that President Obama said today he is going to require federal contractors to provide seven days of earned paid sick leave… And he’s going to fight for paid family leave, something that I’ve been fighting for for 30 years and we’re going to get it done.”

How about we also defend the American worker by revisiting our immigration policy and by holding American employers accountable? 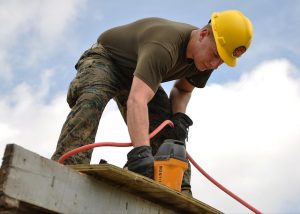 We summarized in an issue brief Harvard economist George Borjas’ input on how immigration affects the American worker. Look at it from a supply and demand perspective, he said: immigration’s supply of workers leads to the price of labor going down. Conversely, in sectors of the labor market that are not significantly affected by the influx of immigrant workers, the price of labor goes up. What Borjas teaches us is that the presence of low-skilled immigrant workers tends to lower the wages of American low-skilled workers. So, if we cared about the well-being of low-skilled American workers who are being hurt by additional competition, our immigration policy would be geared towards minimizing or stopping the entry of low-skilled immigrants.

We also need to be tough on employers, but not the way Mrs. Clinton suggested. We must sanction employers who employ illegal aliens. One way to do that is by making the E-Verify program mandatory nationwide. This would limit the job magnet and empower states to impose penalties against employers who break the law by hiring illegal aliens.

We at FAIR are committed to protecting the American worker, not just on Labor Day but every day. As we noted in our small guide to making a case for real immigration reform, our primary concern is the well-being of America’s native workforce—especially our most vulnerable citizens who are hurt the most by additional competition from low-skilled immigrants.

After all, stopping “wage theft” or promoting “paid family leave” does not help those who do not have a job.