The wealthiest Arab countries have yet to offer temporary refugee resettlement for Syrians fleeing the civil war—it’s doubtful they will. 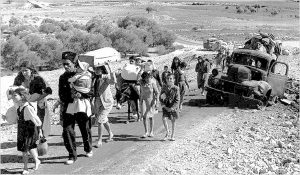 “Like European countries, Saudi Arabia and its neighbors also have fears over new arrivals taking jobs from citizens, and may also invoke concerns about security and terrorism. But the current gulf aid outlay for Syrian refugees, which amounts to collective donations under $1 billion (the United States has given four times that sum), seems short…”

The European Union is now grappling with how to respond to the Syrian refugee crisis as bona fide refugees­­—along with economic migrants seizing a perceived opportunity—are now spilling out of the few overwhelmed Arab countries willing to host them.

We are facing a global migration crisis. Europe and North America need weigh their moral global and domestic obligations in determining their response, as Germany and other countries are doing.