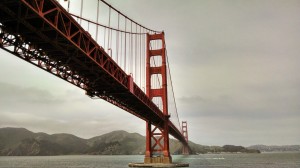 Yesterday, Politico immigration reporters Seung Min Kim and Burgess Everett published an absurdly slanted article on new Senate legislation targeting sanctuary cities. In both the title and the first paragraph, the authors refer to the bill—authored by Judiciary Chairman Chuck Grassley (R-Iowa) and Sen. David Vitter (R-La.)—as “controversial.” Considering the bill only targets sanctuary jurisdictions—state and local jurisdictions with policies that obstruct immigration enforcement—one has to ask: to whom is such a measure controversial? Criminal illegal aliens who not only violate our immigration laws but have committed additional crimes? Obviously they would find the bill “controversial,” but I didn’t realize that a major inside-the-beltway publication gave such deference to that class of individuals.

But the spin continues as Kim and Everett’s use twice (again in the title and first paragraph) the phrase “so-called sanctuary cities.” Ask Kate Steinle’s family if there is anything “so-called” about San Francisco’s sanctuary policy that resulted in the death of their daughter. Perhaps the authors were unaware (or didn’t care) that Francisco Sanchez admitted he went to San Francisco because he knew it is a sanctuary city. And Kate Steinle is not the only American to lose their life at the hands of criminal aliens who were protected by sanctuary city policies.

Perhaps more outrageous, the Politico article downplays Sanchez’s criminal history. First, they blatantly omit the fact at that Sanchez had seven felony convictions under his belt. Kim and Everett then fail to report that Sanchez was in ICE custody about to be deported a 6th time when San Francisco law enforcement stopped the removal proceedings, claiming they wanted to prosecute Sanchez on a decades old drug offense. Or that within days of Sanchez being in San Francisco law enforcement custody they dismissed the charges and released him onto the streets.

Finally, in case the article wasn’t biased enough for your liking, they go out of their way to mention that Sen. Vitter, who is running for Louisiana Governor, “has been struggling in the campaign.” That nugget certainly seems relevant to a piece on federal legislation seeking to protect American lives and stop jurisdictions from defying federal immigration law.

One would think that ending sanctuary cities is low hanging fruit that enjoys universal support, Politico has successfully demonstrated that isn’t the case.

Crime politico sanctuary cities sanctuary city
Previous ArticleWashington Post Columnist is Entitled to His Own Opinion, Not His Own Facts
Next Article Questions CNN Should Ask the Democratic Presidential Candidates Tonight