You are at:Home»Federal»Questions CNN Should Ask the Democratic Presidential Candidates Tonight 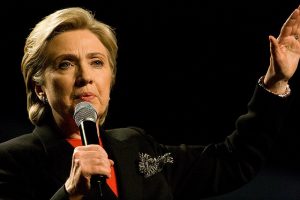 The first Democratic presidential debate is tonight on CNN, with coverage beginning at 8:30 p.m. Eastern. Given the importance of the immigration debate to voters, FAIR believes the moderators should press the candidates on this issue. Accordingly, we suggest that Anderson Cooper, Dana Bash, and Juan Carlos Lopez ask the following questions:

For any candidate: The Obama administration has recently proposed a plan to admit nearly 200,000 refugees over the next two fiscal years, including a large increase in refugees from Islamic extremist hotbed Syria. Many have suggested that refugee resettlement from Syria comes with significant security risks, as it is extremely difficult to obtain background information on the refugees and determine if they are currently radicalized or will be susceptible to radicalization in the future. In fact, the FBI Assistant Director for Counterterrorism recently testified that the United States does not have “systems in places on the ground” in Syria to collect enough information to properly screen refugees. Do you believe it is possible to conduct sufficient background checks on these refugees to ensure the safety and security of the American people?

For Bernie Sanders: Up until 2013, you opposed mass amnesty, stating that it takes away jobs from Americans. Considering there are 90 million unemployed Americans and it takes 150,000 jobs created per month just to keep up with the rate of legal immigration, how do you explain voting for the Gang of Eight bill?

For any candidate: President Obama personally reached out to the families of Trayvon Martin, Michael Brown, and Freddie Gray, yet no one from his administration has contacted Kate Steinle’s family. Two questions: First, will you condemn President Obama for his silence after the Steinle tragedy? Second, do you support the current legislative effort to end sanctuary cities that protect criminal illegal aliens in violation of federal immigration law?

For Hillary: In 2003 you said you are “adamantly opposed to illegal immigrants.” Now you want to expand executive amnesty. Isn’t that a flip-flop?

***Update [Oct. 14, 2015]: Unsurprisingly, CNN did not ask any of the immigration questions posed by FAIR. Instead, the Democratic candidates were allowed to unanimously offer their support for mass amnesty without being challenged on the impact that would pose to the 90 million unemployed Americans, including the minority community which is impacted the most by these policies.***