You are at:Home»Immigration Issues»Asylum & Refugees»Missing the Point When it Comes to Refugees 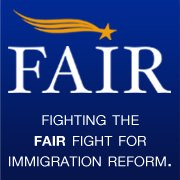 America continues to take our fair share of refugees from all the world’s conflicts. But opening the floodgates to hundreds of thousands more refugees could spell disaster for our country’s security and economy.

As officials mull over whether to “do more” about the Syrian refugee crisis, they cannot ignore the real threat of ISIS using this situation to infiltrate our country. Yet, President Obama seems prepared to accept thousands of Syrians into the U.S.

With your support today, FAIR will reach and educate wider audiences of Americans, who will in turn support our fight to restore common sense to America’s deeply flawed refugee and immigration policy.

Of course screening refugees and identifying would-be terrorists is incredibly difficult. And inevitably people fall through the cracks, just like the Boston bombers, who received refugee status.

Our nation’s refugee policy has become so warped that virtually anyone can receive “refugee” status. And as you know, many are eager to take advantage of the opportunity to use refuge as a backdoor through which to immigrate.

Of course that defeats the point, which is to help refugees ensure they can return home when conditions permit.

And while the U.S. has contributed more than $4 billion to help the Syrian refugees, wealthy Arab countries continue to turn their backs on migrants in their own backyard. Our elected officials, the American public and members of the media should know:

With your support today, FAIR will closely monitor the government’s refugee screening process and help members of Congress determine the appropriate number of refugees we can support after proper screening checks.

P.S. America’s refugee policy is the most generous in the world but we cannot take in hundreds of thousands of Syrian refugees as the Obama Administration has proposed. Help FAIR educate lawmakers in Washington about this important issue and put the brakes on any knee-jerk response to the Syrian refugee crisis that will harm Americans with a donation today!