You are at:Home»Immigration Issues»Protest to Occur at “The Happiest Place On Earth” 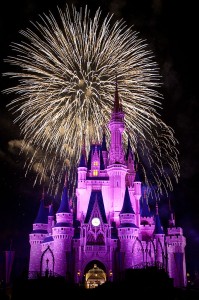 Disney has received criticism for laying off hundreds of American tech workers and forcing them to train their replacements, H-1B visa holders who will work for less pay. Outsourcing jobs in the United States is hurting American workers.

On October 17, there will be a protest held at both Disney Land in California and Disney World in Florida from 9:00AM to 1:00PM. Floridians for Immigration Enforcement (FLIMEN), a Florida-based immigration reform group, is supporting the boycott and protest.

FLIMEN believes that Disney should be held accountable for harming the workers that were laid off. “American workers matter… and the only way to send that message to Disney’s management is for American consumers to boycott its amusement parks, movies, and entertainment products across the board,” said Jack Oliver, the president of FLIMEN.

If you would like to be involved in Boycott Disney Now’s efforts, sign up to join the protest in person or sign their petition that will be sent to Congress.

Disney H-1b H-1b visas support the american worker tech workers
Previous ArticleSheriffs Hold Press Conference on Release of Criminal Aliens by Feds
Next Article We Can Register All Drones, But Not Collect Data About Illegal Immigrants?