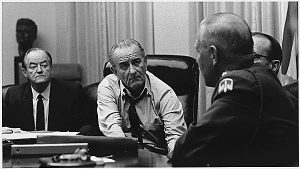 In an op-ed appearing in the New Boston Post, I discuss the unintended consequences of the 1965 Immigration Act, described by historian Theodore White as “probably the most thoughtless of the many acts of the Great Society.” The op-ed also lays out some “thoughtful” ideas about how to reform our dysfunctional legal immigration policy.

It’s been 50 years since Lyndon Johnson signed the Immigration Act of 1965 into law. In that time, the law has accomplished two things: First, it ended the offensive and discriminatory national origins quota system, as intended. Second, it has radically transformed America and will change the country even more radically over the next half century, an outcome that was not intended.