You are at:Home»Federal»Ten Questions that Should Be Asked During Wednesday’s GOP Debate 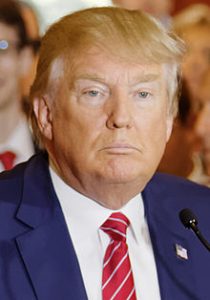 The next Republican presidential debate is Wednesday night on CNBC. The debate is expected to focus primarily on jobs, taxes, the deficit, and the health of the economy—all of which are linked to immigration. Accordingly, FAIR encourages the CNBC moderators to ask the following ten questions during the debate:

For Rubio: Recently on CNN you said Donald Trump’s immigration plan “makes no sense.” Yet, Trump’s 6-page plan centers on three “core principles” of immigration reform: control the border; enforce immigration laws; and prioritize American workers. What part of that “makes no sense”?

For Cruz: Only half of new grads with STEM degrees find jobs in the field, yet you want to increase the H-1B cap from 65,000 to as high as 500,000. Can you explain how this position is not hurting the job prospects of American STEM graduates?

For Trump: In a recent interview you said that if elected “we will do something that will be done with heart” in order to address the millions of illegal aliens already in the United States. Would you clarify these comments and define what “doing something with heart” means from an immigration policy standpoint?

For Bush: You are on record supporting the DREAM Act, claiming a path to citizenship “for kids brought here through no fault of their own” is the right thing to do. However, no version of the DREAM Act has ever required an applicant prove they were brought to this country “through no fault of their own.” Additionally, the latest version of the DREAM Act rejected by Congress set no age limit for DREAM Act recipients. How do you justify that this amnesty is “for the kids” when adults could qualify for it?

For Carson: Donald Trump has called you “very weak” on immigration, pointing out that you support amnesty for illegal aliens. How exactly is your position different from Hillary Clinton’s and how do you explain your position to GOP voters who polls show overwhelmingly oppose amnesty?

For Fiorina: Last month you said you support giving certain illegal aliens work permits after the border is secure. With the labor force participation rate at historical low levels, what do you say to the millions of unemployed Americans who will now have a harder time finding work under your proposal?

For any/all candidate(s): How do you intend to reverse the abuses of executive authority and reinstate to Congress, their right to regulate immigration?

For any/all candidate(s): Throughout Barack Obama’s presidency he has allowed sanctuary cities to defy federal immigration law without repercussions. Will you pledge on Day One of your presidency to utilize your Executive authority, including Justice Department litigation, to hold these jurisdictions accountable?

For any/all candidate(s): All of you have said we need to secure the border but immigration enforcement is more complex than that. What are your positions on mandatory E-Verify and biometric entry-exit?

For any/all candidate(s): The U.S. economy has been stagnant for most of Obama’s presidency yet we continue to admit 1 million new green cards a year. In fact, it takes 150,000 net new jobs per month just to account for immigration. Given this, should we maintain our current levels of legal immigration or reduce it to a more sustainable amount?

Bonus Question: Do you believe that our current immigration system serves any identifiable public interest?