You are at:Home»Federal»Misinterpreting Immigration Statements 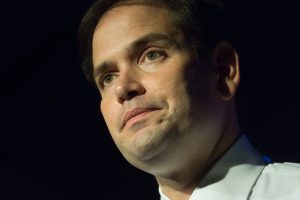 You have to pay careful attention to the immigration debate to understand who is saying what. This is especially true in interpreting statements of the current presidential candidates.

For example, does Sen. Marco Rubio support president Obama’s DACA temporary amnesty for aliens who illegally entered the country as minors? Some commentary has suggested that he has expressed support for the program when speaking in Spanish and then reversed his position when speaking in English.

A translation from Spanish of what Rubio said in a Univision TV interview was, “I believe DACA is important. It can’t be terminated from one moment to the next, because there are already people benefiting from it.” That was interpreted to mean that he supported the program and would not end it. Then in English he commented, “Well, at some point it [DACA] is going to have to end, that is to say, it can’t continue being the permanent policy of the United States.” That was interpreted as a commitment to end DACA. The Spanish version was seen as an appeal to Latino voters, and the comment in English was seen as an appeal to non-Hispanic, conservative voters.

Examined critically, there was nothing incompatible between the two statements. Rubio supports immigration reform legislation that would provide legal status to the so-called ‘dreamers,’ even though he has distanced himself from the Senate legislation termed comprehensive immigration reform’ that he sponsored in 2013. Sen. Rubio’s comment was nothing more than a statement that the temporary DACA amnesty implemented illegally by executive action needs to be made permanent by legislation. His policy position seems designed to appeal to Latino voters, while his carefully chosen words in English are intended to avoid alienating his party’s political base.

A similar disagreement erupted recently over whether Donald Trump supports restricting competition by foreigners with American workers for STEM (science, technology, engineering, and math) jobs. He said there are already enough STEM graduates in the country, so the entry of foreign workers with the same credentials into the country on visas to compete with U.S. graduates should be restricted. This was interpreted as being pro-U.S. worker – thereby appealing to conservatives who favor limiting immigration. But he did not suggest that the flow of foreigners coming as students to earn a STEM degree should be limited. With optional practical training (OPT), which allows the foreign students of U.S. universities to work in the United States, and proposals to grant immigrant status (‘staple a visa to the diploma’) for those graduates, the competition that undermines opportunities for U.S.-born graduates would be perpetuated or even increased.

A third example of confused interpretation over immigration statements concerns a November 3 MSNBC discussion about support among Hispanics for liberal immigration policies. Conservative columnist A.J. Delgado made the comment that a majority of Latinos favor reduced immigration. The MSNBC host, Chris Hayes, disputed that, and said polls establish that large majorities of Latinos support ‘comprehensive’ reform.

The two were talking past each other. ‘Comprehensive reform’ is a term designed to include a very broad array of immigration changes, including an amnesty for illegal aliens and increases in immigration. Supporting one aspect of the proposal – amnesty – does not mean support for all of the provisions. Delgado was correct to say that when Latinos were asked if they supported increased immigration only about a third of the respondents supported that. The remaining about two-thirds supported a reduction in immigration (also about a third) or maintaining the current level.