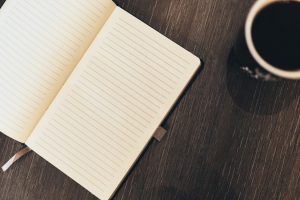 “A newly leaked internal DHS memorandum produced for an off-the-record agency conclave reveals that the Obama administration is actively planning to circumvent a federal court injunction that suspended part of last November’s deferral-based amnesty initiative. The document, apparently prepared as follow-up from a DHS “Regulations Retreat” last summer, appears sure to re-ignite concerns in Congress as well as federal judges in the Fifth Circuit. The Administration has already been criticized from the bench for handing out work permits to hundreds of thousands of deferred action beneficiaries, in direct violation of a district court’s order. With the Fifth Circuit Court of Appeals deciding any day now whether to deny the Administration’s request to reverse that injunction, this public leak has come at a critical juncture for U.S. enforcement policy.

Last June, four months after Texas federal judge Andrew Hanen’s order to freeze President’s DAPA and Expanded DACA programs—disclosure: the Immigration Reform Law Institute has filed briefs in these cases—DHS’s immigration policy makers apparently held a “Regulations Retreat” to discuss “different options” for “open market Employment Authorization Document (EAD) regulatory changes.” EAD is the statutory term for work permits. From a memo recording these discussions, we now know that the Obama DHS has, rather than pausing to allow the courts to assess the constitutionality of its enforcement nullification initiatives, been gearing up to roll out one or more of four plans drawn up at the meeting, each one designed to provide EADs to millions of nonimmigrants, including those lawfully present and visa overstayers, crippling the actual employment-based visa system on the federal statute-book.

The internal memo reveals four options of varying expansiveness, with option 1 providing EADs to “all individuals living in the United States”, including illegal aliens, visa-overstayers, and H-1B guest-workers, while option 4 provides EADs only to those on certain unexpired non-immigrant visas. Giving EADs to any of the covered individuals, however, is in direct violation of Congress’s Immigration & Nationality Act and works to dramatically subvert our carefully wrought visa system.”