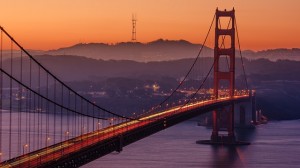 Tuesday, the San Francisco Sheriff Ross Mirkarimi, known for his policy to refuse cooperation with the United States Immigration and Customs Enforcement (ICE), lost his bid for reelection. Former Deputy Sheriff Vicki Hennessy defeated Mirkarimi by a 28 point margin, receiving of 61 percent of the vote while Mirkarimi received only 33 percent of the vote.  Mirkarimi’s resounding defeat speaks volumes on public sentiment regarding San Francisco’s sanctuary policy and other policies that prioritize the interests of criminal aliens over public safety.

Sheriff Ross Mirkarimi became the focus of public outrage following the fatal shooting of 32 year-old Kate Steinle at Pier 14 by an illegal alien suspect with multiple deportations and felony convictions. The accused murderer, Juan Francisco Lopez-Sanchez, was previously in federal custody and would have been deported for the sixth time before he was transported to San Francisco to address a 20-year-old drug charge.  When the charge was thrown out by the San Francisco District Attorney’s Office, the county’s sheriff’s department refused to honor a detainer request to transfer Lopez-Sanchez to ICE. Instead, the Sheriff’s Department, pursuant to its sanctuary policy, released Lopez-Sanchez back into the community. Sheriff Mirkarimi refused to amend his policy of noncooperation following Steinle’s murder.