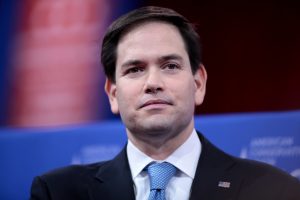 Last week I noted how commentators get confused over what on the surface appear to be contradictory statements that, when examined carefully, are not at all contradictory. One example was how a critique from the right of statements by Sen. Marco Rubio accused him of flip-flopping on the DACA amnesty for illegal aliens. I pointed out that there was no flip-flop because Rubio only supported ending DACA as long-term measure when it could be replaced by a legislated amnesty.

The Washington Post on November 8 jumped on the same apparent contradiction by Sen. Rubio – this time in an editorial from the left – to label him as “craven” in bending to pressure from the right. The paper described Sen. Rubio’s most recent statement on DACA as “ … expos[ing]to deportation proceedings the roughly 700,000 youths who have benefited from it.”

If Rubio was in fact trying to play both sides of the DACA amnesty issue, he succeeded as demonstrated from the fact that he is being attacked from both the right and the left.

It will be interesting to see if Rubio responds to this attack by further clarifying his support for a permanent amnesty for the “childhood arrival” illegal aliens. The Post editorial might have had the objective of trying to provoke that response in order to undercut conservative support for the Senator.