You are at:Home»Federal»Congress»Take Care of Our Veterans, Not Illegal Aliens

According to the U.S. Department of Housing and Urban Development (HUD)’s Annual Homeless Assessment Report to Congress, 49,993 veterans were homeless on any given night in 2014. Furthermore, 44% of all homeless veterans across the country live in California, Florida, Texas, and New York. California alone is home to 24 percent of our nation’s homeless veteran population. California is also known for bending over backwards to give its illegal alien residents unprecedented privileges and benefits. Many of our veterans have been cast out on the street while illegal aliens are gaining access to Social Security, Medicare, housing programs, and several other benefits. 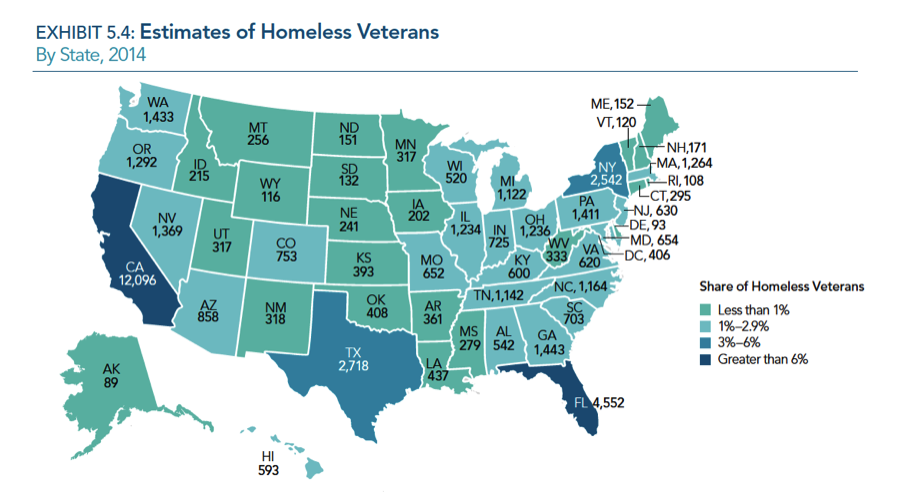 When President Obama announced his executive order on immigration, Senator Ted Cruz (R-Texas) said the following: “It’s absurd, the things Obama thinks he can get away with… Taking money away from American war heroes, veterans who served this country bravely and proudly, and handing it over to people who aren’t even American citizens, and don’t speak our American language.”

This year on Veterans Day, let us remember the men and women who have served our country and protected our freedoms. Our nation should address the needs of our veterans instead of contemplating ways to give taxpayer benefits to illegal aliens. That is not what our veterans fought for.