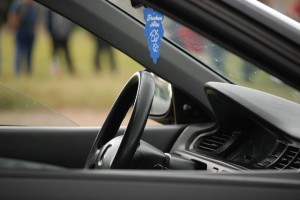 Pro-illegal alien lawmakers in New Jersey have set their sights on becoming the next state to hand out driver’s licenses to illegal aliens. The Assembly Committee on Homeland Security and State Preparedness is holding a hearing next week on Assembly Bill 4425 (A4425), a bill under which individuals who cannot provide proof of lawful presence in the United States can obtain a New Jersey driver’s license.

The bill’s proposed process for granting these licenses relies on a range of easily manipulated documents to prove identity, date of birth, and New Jersey residency. This includes items such as a consular ID card, a “student identification document,” or home utility bill. Other forms of accepted documents, such as a foreign driver’s license or federal electoral photo card, will necessarily be difficult for state officials to verify, as such offices undoubtedly do not maintain copies of each foreign driver’s license or electoral card issued throughout the world.

The illegal alien lobby’s sought after driver’s licenses would largely act and be treated like any other driver’s license. They would be valid for four years, and the illegal alien holder would be subject to the same privileges and responsibilities as other New Jersey drivers with a valid license (minus of course the fact they actually be in the country lawfully). While the bill states regulations must be issued that require the driver’s licenses to contain a statement on the front to the effect of “Federal Limits May Apply”, the bill nonetheless states that such designation should be “in the smallest font size contained on the license”, literally minimizing its impact.

Moreover, despite the fact the license proposed by the bill is designed specifically for individuals who cannot prove lawful presence in the United States, the legislation ironically stipulates that such license “shall not be considered evidence of an individual’s citizenship or immigration status….” And, as is the case with legislation assisting illegal aliens generally, the bill prohibits the license to be used as a basis for investigation, arrest, citation, or detention, essentially tying the hands of law enforcement who would effectively know that an individual they have just otherwise lawfully stopped lacks lawful presence.

Nonetheless, the Assembly Homeland Security and State Preparedness Committee is holding its hearing on the legislation Monday, Nov. 16, at 1PM. Introduced last May, sponsors of the bill include the Committee’s Chairwoman, Deputy Majority Leader Annette Quijano (D), Rep. Reed Gusciora (D), Rep. Raj Mukherji (D), and Rep. Grace Spencer (D). Members of the New Jersey Senate have introduced companion legislation, S2925, which has been referred to its Transportation Committee.