You are at:Home»Politics»Donald Trump’s Invocation of Eisenhower and the Attacks in Paris: A New Call to Action 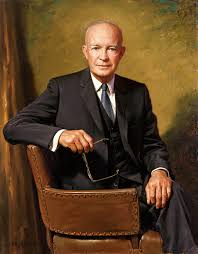 Donald Trump had just finished his history lessons on Dwight Eisenhower’s “Operation Wetback” when the national attention was diverted to Paris and the barbarous attacks last Friday by ISIS fanatics prepared to return the world to the Dark Ages.  Trump’s comments about Ike’s deportation program – and the resulting debates about who comes in to the country and who goes out – provide an educable moment for the American people. The takeaway?  In 2015, it’s a lot easier for people to get into the country than for the United States to get them back out.

Rather than engage in a debate about the merits of Trump’s plan, we should consider how much the law has changed since Eisenhower’s deportation program in 1954, and what our ossified immigration system means for immigration policy in a time of emerging crisis.  Trump’s comments raise this question:  Why is it so hard to remove large numbers of deportable aliens?  That is the urgent question.

Lesson one: In 1954, the government had the power to engage is summary removal of illegal aliens. Deportation proceedings reflected that this was a “civil status” subject to a cursory administrative review. Either you were here legally or you weren’t. If you weren’t, the deportation process was fast and efficient.

Lesson two:  While the U.S. still retains the ability to repatriate those caught immediately at the border, once the alien has affected an entry into the United States, removal in 2015 is nearly impossible and takes years.  Hearings are delayed and elaborate, appeals endless, and avenues for relief many. Detention in all forms is under attack. A phony asylum claim delays deportation for years.  Deportation cases are treated like criminal trials when they are nothing of the kind.

Lesson three: The laws that were designed to prevent the admission of aliens deemed not in the public or national interest has been stripped of their vital protections.  Aliens – whether as refugees or parolees – can be admitted even if they do not accept the fundamental organizing principles of a Western democracy. Once here, they are here forever.

Lesson four:  Refugee admissions to the U.S. should be a last resort.  As FAIR has observed for over 25 years, it is both better policy and more economical to house refugees and displaced persons near the site of the conflict for eventual repatriation.  Tens of millions seek to move to the West worldwide.  They cannot be accommodated.

Aliens entering temporarily for humanitarian purposes face no realistic prospect of repatriation or removal.  An entire immigration court system was developed in the late 1980s, early 1990s with the objective of creating an impartial fact-finder on the question of deportability.  The Federal Government will never revoke the temporary protection. Endless delay tactics make it possible for aliens to meld into society and establish “equities” (including citizen offspring). This is a betrayal of the nation’s humanitarian impulses.

Cumbersome procedural layers for review in deportation proceedings were added by advocates who oppose deportation on principle. At FAIR we know who pushed this and why. But when Donald Trump talks wistfully about 1954, America needs to know that advocates opposing removal have worked for years to make summary removal of most aliens legally cumbersome and nearly impossible.  This was intentional, not by chance.

The nation is increasingly vulnerable to terrorist attack from within. The latest terror attacks in Paris, Lebanon and over the Sinai illustrate what must be accepted:  A dulling orthodoxy within certain Muslim communities has degenerated a fanatical strain that promises an epicurean paradise for mass murder on earth.  The phenomenon cannot be ignored any longer by the West.

Donald Trump’s suggestion of accelerated deportation should serve as a call to action: Congress must work with the next president to restore the nimble deportation and exclusion procedures that will assure both the safety of the nation and its future national interests.  Not one more American should die at the hands of a careless, ineffective immigration scheme.