You are at:Home»Immigration Issues»Bipartisan Support for Reforming a Long-Abused Guest-Worker Program 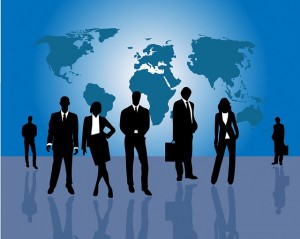 The stars aligned for immigration-patriots this past week. A bipartisan group of senators, headed by Republican Chuck Grassley and Democrat Dick Durbin, introduced a pro-American H-1B reform bill aimed at correcting the chronic abuses of the long-compromised guest-worker program. Also released was Michelle Malkin’s latest tour de force, Sold Out, a scalding critique of the H-1B program and an essential backgrounder for on-the-fence co-sponsors of the new bill.

Then there was the Fifth Circuit’s crippling of President Obama’s illegal-immigration-inducing Deferred Action for Parental Accountability (DAPA) program — the court at last gave us a true moment of hope and change under the current administration. Notably, one of most informative parts of the decision was the dissent. As the majority panel rightly describes it, Judge Carolyn Dineen King (appointed by Carter) basically states throughout her 53-page dissent that “it was Congress’s fault” the president circumvented their plenary power over immigration and unilaterally installed the illegal program. Not once did Judge King acknowledge that Congress’s laws on immigration are strong, clear, and highly detailed and that years of administrative finessing make it more the executive’s fault that we have so many millions of illegal aliens who refuse to leave the country.

If Judge King was talking about the H-1B program, however, she would have a point. As Malkin and her co-author John Miano (a leading expert in the field) discuss in Sold Out, the damage caused by the H-1B and other guest-worker programs is probably evenly split between Congress and immigration bureaucrats. Starting with the latter, witness the taxpayer-funded conference put on earlier this month for both immigration attorneys in DHS and attorneys in private practice. There, DHS officials told their future employers not to worry — that the president’s executive memo on tech visas (also released the same day as DAPA) would soon be implemented and that the first of “several” “guidance announcements” and “policy directives” would be arriving as soon as this month.